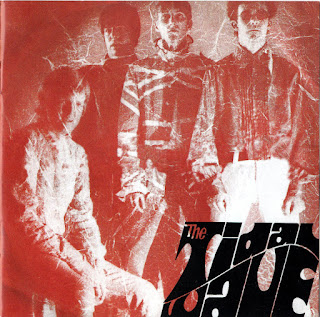 Tidal Wave are probably best known for their bubblegum pop hits ‘Spider Spider’ and ‘Mango Mango’ in 1969 and 1970 respectively, but they were so much more than that.

Yes, they did play pop and they had a few hits, which were featured on the top radio stations at the time, Springbok Radio and LM Radio. Both stations are long gone, but sadly missed and fondly remembered by many South Africans who grew up without TV. However Tidal Wave also played some very interesting psychedelic pop rock enhanced by the fuzz guitar sounds of Mike Pilot, who formed the hard rock band Stingray in the late 70s. They also played backing for various musicians.

It all started with a man named Terry Dempsey, songwriter and record producer. Dempsey was born in England and came to South Africa in 1968. He wrote and produced The Staccatos first song, ‘Butchers And Bakers’ in 1968. This song had originally been recorded by UK freakbeat band Les Fleur De Lys in 1967, though they called themselves Chocolate Frog at the time.

In August 1970, an album titled simply ‘Tidal Wave’ was released and included ‘Spider Spider’, ‘Green Mamba’ and their next big hit ‘Mango Mango’. This song, with its nonsensical lyrics and repeated phrase of ‘sixty-nine, sixty-nine’, hit number seven on Springbok in late 1970 and achieved top five on LM Radio in January 1971.

In 1971, according to the History Of Contemporary Music Of South Africa by Garth Chilvers and Tom Jasiukowicz, Tidal Wave supplied the music for the soundtrack of the movie, ‘Lindi’, composed and produced by Terry Dempsey.

Mike Koch and Roy Naturman left Tidal Wave and a last single was released in 1971 titled ‘Money Baby’ (b/w ‘I’ve Got To Get Away’) that featured drummer Kevin Kruger and keyboardist Aidan ‘Dooley’ Mason. This song went to number 15 on the Springbok charts and did even better on LM Radio going to number nine. After a couple more line-up changes, sadly, Tidal Wave was no more.

There is a wide variety of music styles covered on this Tidal Wave retrospective release. Lovers of end-of-the-sixties psychedelic pop and rock will discover many hidden gems here including the progressive rock sounds of ‘Get It Out Of Your System’ which would not have been out of place on an Abstract Truth album. This Disc also includes the funky soul sounds of ‘Town Girl’, featuring Peter Vee’s lead vocal, which was previously unreleased.

Tidal Wave is fondly remembered by many and now all their music; the hits, misses and rarities can be found in one place.
by Brian Currin, April 2007 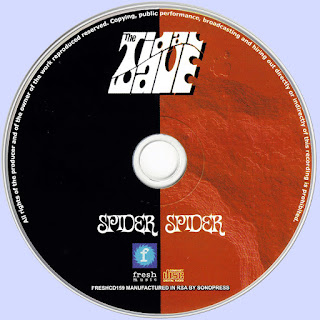 Free Text
Just Paste
Posted by Marios at 6:26 AM 5 comments: