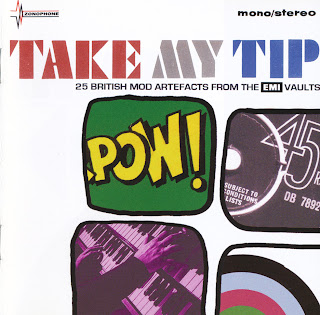 Dedicated to the  enduring appeal of 60s music in its various guises. UK  bands in the 60s successfully fused their love of U.S. black music with  other styles, charged it with a healthy dose of youthful aggression and  called it their own.
That's in essence the Beat and R&B era, of course, in  a nutshell. But a quick glimpse at the credits for this compilation reveals  more: previously, serious-minded musicians shunned "pop". The R ‘n’ B explosion  brought them into the fold: now, hardcore jazz musicians could be found in  the ranks of various beat combos.

Running parallel with this musical renaissance was a similarly exciting  evolution in youth culture. Mod was the catch-all term used to describe the  newly-acquired aspirant lifestyle adopted by many teenagers - with a  strongly identifiable look, the emphasis on the neat, the sharp, the  modern.

Four or so decades on, Mod has now come to symbolise the era,  inseparable from the iconography of the mid-60s, and kept alive by a small  but perfectly formed scene of people who weren't even born at the time.  What's Mod? What you want it to be. Is this Mod? Who cares?! In essence, Take My Tip is a fascinating jukebox of classic rarities.
From CD liner notes 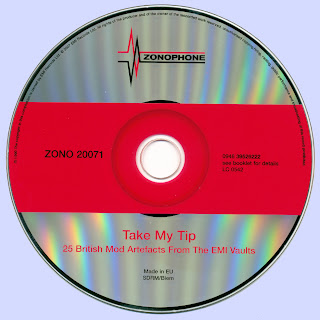