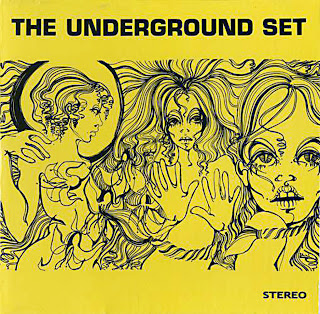 On their debut LP The Underground Set delivered a shot of groovy organ-ized go-go sounds -- the kind of sounds that wouldn't sound out of place at a late '60s European psychedelic club or a teen exploito movie, with the perfect mix of psychedelic/progressive garage attitude and library music dexterity. Listening to the disc appears immediately polished, formal, much less innovative in all its parts more unique and rare, well represents what was the view of the more obscure Italian psychedelia of the late '60s.

An album to be filed along other killers like Blue Phantom or Ugly Custard. But also the kind of sounds that would inspire later artists such as Graham Day when he formed The Prisoners. The Underground Set was also committed to record the soundtrack theme for a couple of Italian TV shows, and later recorded a second album which followed the same line but with a heavier progressive edge.

Lovers of mad organs and swirling fuzz psychedelic guitars will have hours of enjoyment with the purchase of this delicatessen It starts from a modest pastiche halfway between a standard and a melody South American Rock'n'Roll ("Archipelago"),for dynamic tone only "Underground in Blue" and "Shake 26", at least for synthesis capabilities, reveal the qualities most important of the group, always very precise and extremely professional.

Beyond that, nothing is known about the "Underground Set" except for the testimony of Paolo Siani which suggests that, at least in part, the musicians may have been the future New Idea.

Last note: it is also rumored that the soundtrack to the legendary film "The Man with the Golden Brush" with the young Edwige Fenech, was signed by this band and J Plep Giorgio Usa, future New Trolls. 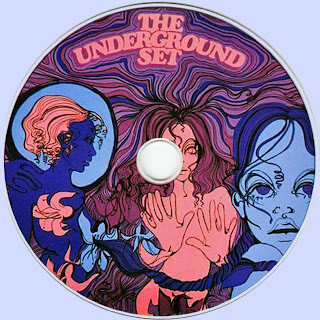