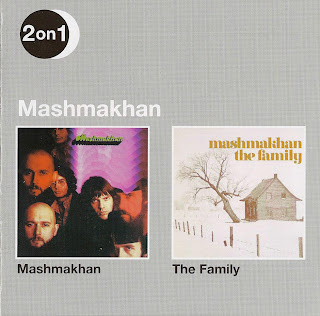 Named after a type of hashish, the origins of Mashmakhan began in 1960, when singer/keyboardist Pierre Senecal first hooked up with guitarist Rayburn Blake. After adding Jerrry Mercer (ex of D'Arcy) on drums they played the Montreal B circuit for the next five years under several names, including The Phantoms, The Dominoes and Ray Blake's Combo.

By '65 they'd settled on the name The Triangle and had landed the backup role to r&b singer Trevor Payne, a Barbados native who'd go on to moderate success as a gospel/soul singer. They continued doing the local circuit for the next four years when record producer Bob Hahn approached them about a possible deal after catching one of their live shows. Not interested, Payne declined the offer but Senecal, Blake and Mercer packed their bags and moved to Toronto, signing with Columbia Records in 1970. Needing a bass player, they called on Brian Edwards, who'd played with them for a short time in the early days to rejoin the band.

Senecal either wrote or co-wrote all 10 tracks on the self-titled debut, released that summer. Their first single would actually be their biggest. "As The Years Go By" was certified platinum in Canada (100,000 units) in record time. It also hit big in the States, where it sold 500,000 copies and cracked Billboard's Top 40 on both sides of the border. But their biggest impact was in Japan, where the single sold a million copies, prompting them to travel to the Land of The Rising Sun, where they were met with crowds largely unprecedented since the landing of The Beatles. They returned home to finish work on their debut record. Recorded at New York's Columbia B Studios, the self-titled effort was released that fall.

Produced by Billy Jackson, the album was moody, psychadelic and ground-breaking, full of innovative for the time woodwinds and harmonies. Their second single, "Gladwin" hit the stores before year's end. Again it was met with rave reviews in Canada and Japan, but failed to meet the label's expectations Stateside. "Days When We Are Free" became the third single, released in early '71, again cracking the Top 40 in Canada and Japan, but again faltering in the US. Tapping in on the tail end of the 'free love generation', it also contained the tracks "Nature's Love Song", "I Know I've Been Wrong", the tribal underbeats of "Letter from Zambia" and "Nature's Love Song", the b-side to "Gladwin".

While working on the next lp, the band was asked to contribute to the National Film Board of Canada documentary 'Epilogue/Fieve' directed by William Pettigrew, "Children Of The Sun". The song was made the first Lorne Nehring, Brian Greenway, Allan Nicholls, Pierre Senecalsingle from THE FAMILY, released shortly after in the summer of '71. Next up was "Start All Over". Rooted deep in the members' soulful rhythm & blues influences with a psychadelic twist, it also contained the title track, "Come Again", the dreamlike 10 minute epic "The Tree", and "The Prince" - inspired by Antoine De Saint-Exupιry's book 'Le Petit Prince'. Though it was a hit with the band's already 'cult following' and they were selling out the concerts, it wasn't being as well-received in the stores.

Following another extensive North American tour, the band took some time off to re-evaluate the whole situation. The members drifted off to other interests, including Mercer joining Roy Buchanan and then The Wackers before going on to serve as the backbeat for April Wine.

Senecal kept Mashmakhan going and by mid 1972 had added Brian Greenway and Steve Laing, who both would later also join April Wine and drummer Lorne Nehring. Shortly after Allan Nicholls, who wrote Johnny Winters' single "Let The Music Play" and starred on Broadway in 'Hair' the year before, left his West Coast gig with 'Jesus Christ Superstar' to round out the new lineup.

Landing a deal with Canada's Aquarius Records - April Wine's label, they released the song "Ride Johnny Ride" but was met with mixed reactions. They got back to their roots, doing the Montreal scene again with a variety of other local groups, including Riverson, a group coincidentally featuring Blake and Edwards. Blake would then go on to play in the Lisa Hartt Band, then a moderately successful solo career. The reformed Mash meanwhile carried on through the spring of '73, releasing another track "Dance A Little Step" as a single. But sales were below what were hoped and lacklustre interest from the radio stations caused the end of the band later that year.
by Dave Buerster, Brian Greenway and Paul Leask 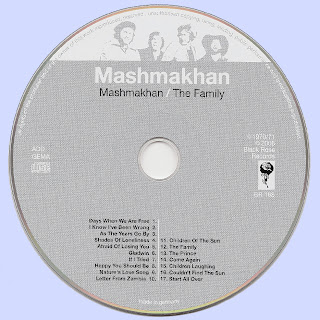