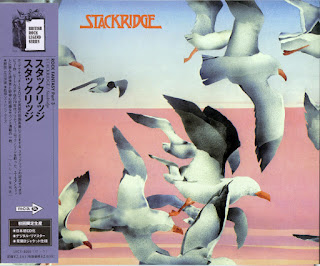 Among the most legendary names of the British folk rock movement, this Bristol-based band were formed in 1969 by Andy Creswell-Davis and James Warren as Stackridge Lemon, soon to be named simply Stackridge. 1970 finds the band having an intense live activity, playing at the first Glastonbury Festival and, a year later, supporting Wishbone Ash on their UK tour and signing with the MCA Records.

“Stackridge” is actually a mixed bag of short Beatles-esque pop tunes and longer arrangements played in some sort of symphonic/folk style. Even the short accesible tunes are well-played with rich instrumentation and good multi-vocals, blended nicely with folsky violins, tracks which even The Beatles would be proud of creating. But it is these long arrangements which make this album so special like the great “The Three Legged Table”, starting off like Phillips-era Genesis, pastoral acoustic-driven musicianship later to become a catchy brass/violin-rock heaven with perfect vocal lines. “Essence of Porphyry” is another instrumental highlight with complex instrumentation featuring violin and cello in a medieval style and excellent acoustic passages with fantastic flute work, always under a classical nature, like a cross between Genesis and Gentle Giant…or the 14-minute long “Slark”, which closes the album, a beautiful composition split between folk ballad, medieval music and symphonic rock with again some superb vocals. A real treasure.

Stackridge’s debut is more than simply a great album. Even the easy-listening side of the band contains unbelievable professionalism and unmet personality, marking this effort as one of the most significant and impressive debut’s in UK’s prog history.
Jive-Time 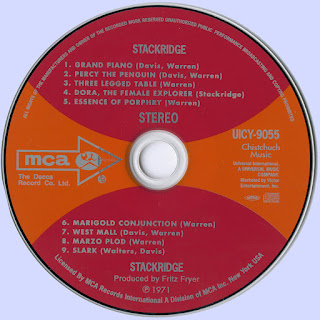