The Wailers - Walk Thru The People (1968 us, exceptional psych rock) 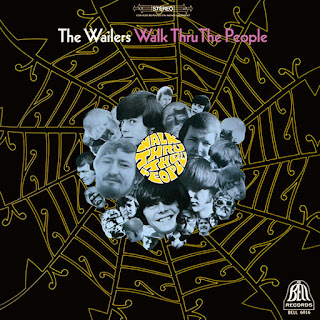 Given the number of talents early-'60s garage outfits that came out of the Northwest, it's surprising that Tacoma's The Wailers are often forgotten. One of the regions most talented and versatile bands.
By the late 1960s virtually every band in existence seemed duty sworn to recorded a psychedelic album.  With a line up consisting of keyboardists Ron Gardner and Kent Morrill, bassist Buck Ormsby, drummer Dave Roland, and lead guitarist Denny Weaver, the late era Wailers were no exception; their contribution to the idiom taking the form of 1968's Al DeMartino produced "Walk Thru the People".  Unlike 1966's "Outburst", this time around most of the ten tracks were band originals - Gardner and Morrill credited with the majority of songs.
The interesting thing was that viewed as a marketing move (complete with rear panel Buddha quote), rather than a true artistic statement the results were surprisingly impressive.  While nothing here was what you'd consider to be artistically groundbreaking, all ten tracks offered up an enjoyable mix of psych and commercial touches.  Highlights included 'Busy Man', a blazing cover of the classic 'Smokestack Lightning and the fuzz propelled 'You Can Fly'. Bell tapped the latter for a single 'You Can Fly' b/w 'Thinking Out Loud' (Bell catalog number 694).
Bad-Cat 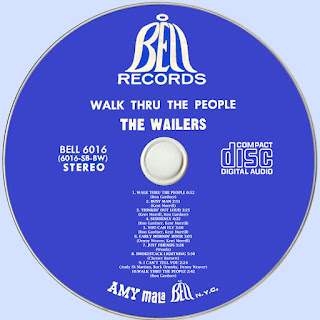