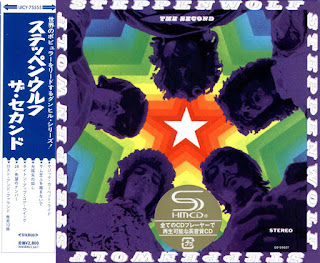 Lost And Found was a genuinely thoughtful and self-critical song about romance and sex completely at odds with the still rather macho attitudes in rock music at the time. Because of their two-albums-a-year recording contract, the band had less time than they would have liked to work on 'Steppenwolf The Second'. For this reason, Mekler contributed one of his own compositions to the album in 28, (as well as co-writing two others with Kay, as he had on the first album).

Mars Bonfire contributed the opening Faster Than The Speed Of Life, which is actually sung not by Kay but by Jerry Edmonton. Despite the album's short gestation period, the band had grandiose artistic ambitions for it: the whole of side two had originally been intended to portray the development of the blues from its cotton field origins to present day rock. The concept wasn't fully realised but glimmers of it can be discerned, especially on the steel guitar opening and 12-bar structure of Disappointment Number (Unknown).

The centrepiece of the album was Magic Carpet Ride, a Kay/Moreve composition which was released as a single. Moreve would never get another songwriting credit with Steppenwolf so must have been especially pleased that it became only second to Born To Be Wild in being the song the public most associated the band with. Contrary to those who read drug connotations into the songwords, they were inspired by the expensive hi-fi Kay had bought with some of his royalties from the first album.

The single certainly went on a magic carpet ride chart-wise, soaring to number 3 Stateside. Its parent album likewise went top five. It was the perfect end to a wonderful year for  a band which hadn't even been in existence barely a few months before its start.
by Sean Egan 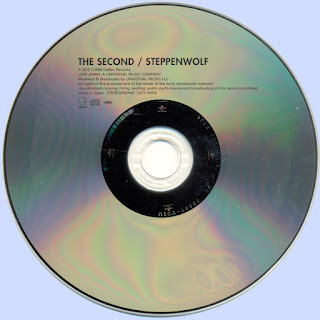 Free Text
the Free Text
Posted by Marios at 8:34 AM No comments: