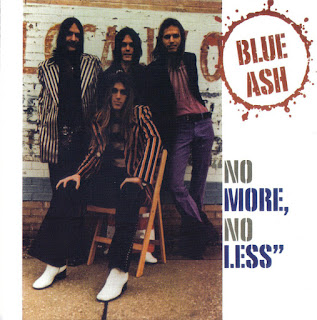 Hailing from Youngstown, Ohio, Blue Ash are the great, forgotten power pop band of the early '70s. Actually, "forgotten" may be too strong a word, for any power pop fan worth their salt knows of Blue Ash even if they've never been able to score either of their two LPs.

Blue Ash were a rock band first and foremost, placing the sheer rush of sound over hooks, something that a lot of their progeny never did. That's what gives their debut No More No Less …such a punch: they are one of the few groups that truly put some power in their pop.

This much is evident by the raucous album-opener "Abracadabra (Have You Seen Her)," a song with all the melodic rush of "Go All the Way" but leaner and meaner. Not all of the album keeps up at this same furious pace, as the guitars jangle as much as they roar and the group occasionally dips into a loping country-rock groove…and they do get sunbleached and mellow on "What More Can I Do." But most of No More No Less filters old-time rock & roll (the big-time boogie "Let There Be Rock") and '60s guitar pop ("Plain to See" evokes the Searchers, "I Remember a Time" the Byrds, and "Anytime at All" is a Beatles cover) through the outsized amplification of '70s hard rock. It's an addictive sound -- and one that hinted at the power pop that was to come even if it didn't directly influence it and it still carries a mighty punch all these years later. - Stephen Thomas Erlewine, AllMusic

No More No Less is an astonishingly explosive debut, and with apparently limitless potential, Blue Ash should by all rights become a major phenomenon.”
by Ken Barnes, Rolling Stone (07/19/73) 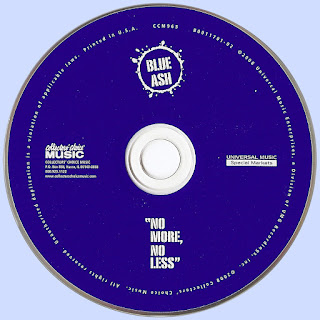