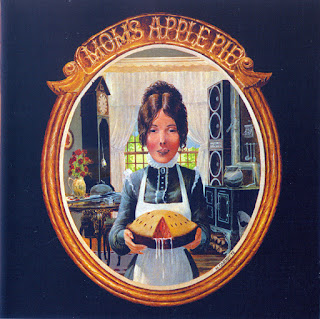 Chicago's enormous success with their horn-driven rock in the '70s was naturally followed by several other bands who tried to hit it big with the same sound and formula. But many of them would remain in complete obscurity, and the ten-piece Mom's Apple Pie were among them. Their self-titled debut had all the right moves: good tunes, massive brass-arrangements along with organ, guitar and overall solid musicianship. Still, the success they sought never came.

The record opens with a cover of Willie Dixon's well-known "I Just Wanna Make Love to You" that showcases the band's arrangements and musical skills very well. "Lay Your Money Down" has some spacey organ that is quite unusual to find in this genre, and also a nice jam where the bass has one of the main roles. My favourite here is probably "Good Days", a tasty ballad with lots of flute and gorgeous vocal-harmonies. And the beat and rhythm of the track is quite ballsy for being a ballad.

Keyboardist Dave Mazzochi was obviously one of the main songwriters in the group, and also knew just how to use the right sounds on his organ. "People" varies between a quiet and mellow verse and over into a more powerful a rocking chorus, while "Dawn of a New Day" and "Happy Just to Be" are cheerful rockers very typical for this style of '70s brass rock.

The closer "Mr. Skin" is a song packed with so many catchy hooks that it really had deserved to be a hit for the band, and remains one of the very best from the album. If you're into bands like Lighthouse and the earlier mentioned Chicago, then "Mom's Apple Pie" will be just your thing.
Vintage-Prog 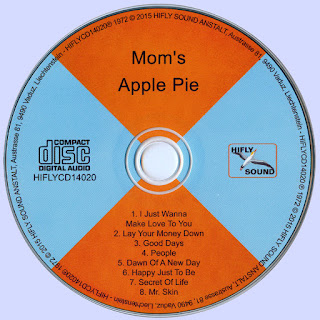