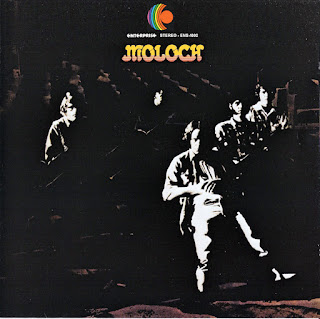 Moloch was a lynchpin of the Memphis psychedelic scene of the late ’60s. Moloch emerged from the fertile musical scene in Memphis, Tennessee, in the year 1969. Formed by guitarist Lee Baker - guitar, backing vocals, Phillip Durham - drums, backing vocal, Fred Nicholson - keyboard, Steve Spear And Gene Wilkins - vocals, toured alongside the MC5 and the Stooges and were offered the opportunity to make an album for the local company Stax in 1970.
Moloch’s self-titled album is a combination of rock, hard blues, psychedelic acid-washed guitar solos, and blue eyed soul. But despite the band members’ abbreviated time together, Moloch remain influential in the Blues world, and, even more so in Memphis lore. In his liner notes, Bob Mehr writes, “the legacy of the band is bigger than a single song. Over the decades, the LP became a totem for guitarists and blues seekers alike, for whom Moloch remains godhead.” Mehr goes on to praise the band’s late guitarist, Lee Baker, declaring that “Baker’s work continues to exert a profound influence on a generation of Memphis guitar players. The Moloch LP served as a touchstone for the North Mississippi Allstars’ Luther Dickinson and the Hold Steady’s Steve Selvidge, among other acolytes.”
Recorded in the legendary Ardent studio with producer Don Nix - producer of Lonnie Mack, Furry Lewis, Freddy King, Albert King, Delaney & Bonnie, Isaac Hayes, The Staple Singers and others, and often credited as one of the leading architects of "Memphis Sound ", although most of the songs were written by Nix - including the original version of Goin 'Down, which later became a hit re-recorded Eric Clapton, Freddie King, Deep Purple, Pearl Jam among others the sound is unmistakable , And brings influences from the Rolling Stones, Led Zeppelin and Blue Cheer, as well as blues musicians such as Mississippi Fred McDowell, Sleepy John Estes and Bukka White - all of whom Baker had previously played in the legendary Memphis Country Blues Festivals of the late 60's. The album was a triumph, but could not sell, which led the band to separate in 1971. 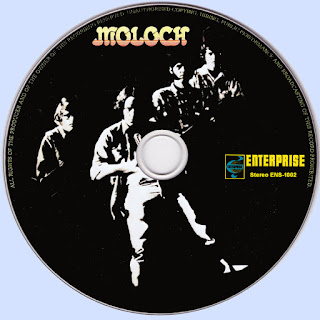