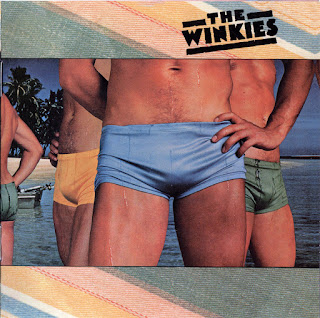 Of all the songwriters and performers who were thrown into the spotlight during the early to mid-'70s, yet never attained more than a modicum of mainstream success, few proved as accomplished as Phil Rambow. Author of such modern classics as "Night Out" and "Young Lust" (for Ellen Foley) and "There's a Guy Works Down the Chip Shop Swears He's Elvis" with Kirsty MacColl, Rambow himself also emerged as a major player on two of the most important underground scenes of the era: the British pub rock boom of the early to mid-'70s and near-concurrent the New York proto-punk explosion.

His group, the Winkies, meanwhile, were integral to Brian Eno's plans following his departure from Roxy Music, while the band's own recordings so expertly straddle the preoccupations of the time that it would be no exaggeration to describe them as one of '70s rock's greatest lost opportunities. They really were that good.

Canadian-born Rambow arrived in London in 1973, following stints with the New York-based band Saturday Night. Forming the Winkies with ex-Holy Rollers guitarist Guy Humphreys and the rhythm section of Brian Torrington and Mike Desmaris, his outrageous stage persona immediately attracted attention -- a pub rock band in glam rock clothing, the Winkies were everything that their compatriots on the bar scene weren't: blatant, theatrical, and flashy as hell.

It was this which drew the interest of Eno, as he prepared to launch his first solo album, Here Come the Warm Jets onto a public which still regarded him in terms of his achievements with Roxy Music -- a conception which the album itself was not likely to disavow them of. Impressed by the Winkies' performance, he adopted them as his backing band and, in February 1974, launched out on his first (and, as it transpired, only) solo tour. The outing ended after just five shows, after Eno was rushed to the hospital suffering from a collapsed lung -- the only surviving evidence of the collaboration is a BBC radio session taped for John Peel in March 1974 and featuring distinctive versions of Eno's own "Paw Paw Negro Blowtorch" and "Baby's on Fire," plus the Peggy Lee standard "Fever."

The brevity of the union notwithstanding, the Winkies time with Eno slammed them into the limelight; by late spring, the band had signed with Chrysalis and was recording their debut album with producer Leo Lyons of Ten Years After. His bandmate Chick Churchill guested on the record, while Eno also put in an appearance on one track. Sadly, the album was never completed; instead, the Winkies began work on another set, this time with maverick Guy Stevens at the helm. The Winkies finally appeared in spring, 1975.

Unfortunately, much of the fervor surrounding the group had dissipated. The record did nothing and by early summer, the Winkies had disbanded. Desmaris soon reappeared in the Tyla Gang and Rambow cut a solo single for Chrysalis, but was soon back in New York, performing under his own name and preparing the city for the firestorms of punk which were just around the corner. Evidence of his own contributions to the movement can be found on the period compilations Bionic Gold and Live at Max's, Vol. 2.

The Winkies were probably six months late in cutting and releasing their debut album -- six months, and one set of sessions. The news, earlier in 1974, that they were in the studio with Brian Eno was greeted with wild enthusiasm and anticipation; the collapse of those sessions, and Eno's replacement with Guy Stevens, somewhat less so. Far from the maverick icon which his posthumous reputation canonizes, Stevens' mid-1970s reputation owed more to his unreliability than his knob-twiddling skills, and it was no surprise whatsoever when The Winkies finally arrived, bearing more in common with the pre-fame Mott the Hoople (of course, Stevens' last major project) than the glorious glam pub hybrid which the band had hitherto nurtured.

But time has done The Winkies considerably more favors than contemporary critics ever did. It does still sound like vintage Mott, but that's something to be celebrated now -- imagine if Ian Hunter and Co. had not gone off with Bowie following 1971's madcap Brain Capers album, but if Ariel Bender had joined the group regardless. The Winkies is edgy urban rock, as distinctly Dylan influenced as its role model (there's even a cover of "It Takes a Lot to Laugh"), but shot through with Philip Rambow's chiming, scything guitars and strained, emotional vocals. There're hints of the Heavy Metal Kids in the mix, and that's a grand thing as well -- side by side, their debut and The Winkies illuminate the future direction of British street rock as brightly as any other period albums you could name.

True to the pub rock template, there are occasional glances towards beery country ("North to Alaska"), and a nod towards heartland Americana (Bob Seger's "Long Song Comin'"). But the heart of The Winkies is carved out between Rambow's slow-burning "Red Dog" and Guy Humphreys' "Put Out The Light," tough blues stompers with a Stones-y grind and an enviably dissolute lurch. And then there's "Davey's Blowtorch," a Rambow cut which swaggers like the New York Dolls and caused rampant confusion in the archaeological ranks when it was selected to represent the Winkies on the Naughty Rhythms pub rock anthology. While everyone else was doing the greasy boogie shuffle, here come the Winkies sounding sexy as your sister. In a way, the mid-1970s critics were right. The Winkies isn't the album it could have been; may not be the record it should have been. But all that really means is, the band didn't trot obediently off down the path they were meant to and looked instead to their own needs and instincts. The future would thank them for their indulgence.
by Dave Thompson 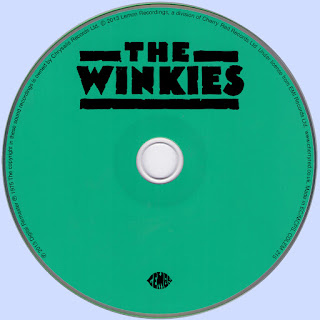 Free Text
Text Host
Posted by Marios at 10:27 AM 2 comments: