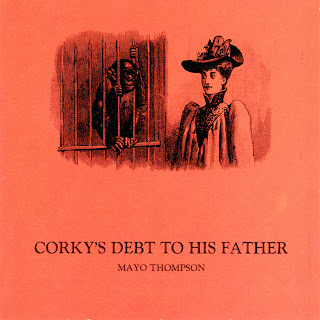 Mayo Thompson's  first album was produced in Houston, Texas in 1970 by Thompson, Frank Davis and Roger 'Rocket' Romano for the short-lived but nonetheless legendary Texas Revolution label of Walt Andrus.

Though pressed and advertised in the pages of Rolling Stone, the demise of the label meant the album went largely undistributed until the mid 1980s when Glass Records (London) gave it its first proper release. Coming as the sun set on the first psychedelic rock era, Corky's Debt evokes the early days of acoustic blues, but is already in the maelstrom from which punk rock would emerge just a few years later.

The set features innovative performances by some of Houston's finest musicians of the time playing eleven songs by Thompson -- one with Frederick Barthelme, with whom he started The Red Crayola. They represent a broad range of expressive manners and forms. Made to stand with the finest comparable work of the period, Corky's Debt shows Thompson at his most accessible.

Unique ballads, blues, rock and love songs flow one to another with style, grace and intensity, and the handling of diverse popular-music idioms and language that characterize his more widely known work in The Red Crayola are also to be found. The line between genius and madness is very thin.

The line between a million dollars and nothing is also very thin. Had Corky's Debt been heard back then, today, if someone mentioned Astral Weeks, you might say, 'It does?' The beat lives on."
Forced-exposure 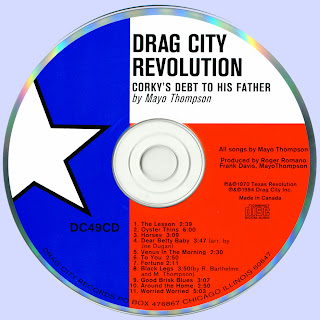