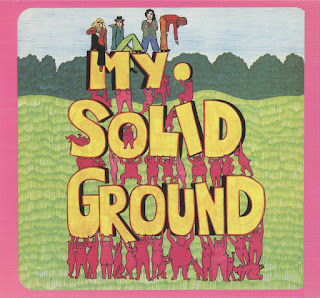 In February and April of 1971, they recorded their self-titled album, which was released by the Bacillus label later that year. In June of 1971 My Solid Ground entered the studios of SWF in Baden-Baden for a live radio broadcast. Because of legal issues they could not play any of the pieces from the LP, so they debuted entirely new material. Though the group now had nationwide success, they were frequently losing members. By 1972 the band consisted of Rendel with a totally new lineup. That year they moved to Frankfurt where they lasted until 1974, when Rendel dropped My Solid Ground to pursue academics. He has since become a lecturer on music at Muinz University, as well as producer and composer.

The first track, the 13-minute "Dirty Yellow Mist," certainly lives up to its reputation, as the group goes into dark space rock that sounds like something between Pink Floyd and Thirsty Moon, with lots of long keyboard drones, a crunchy guitar riff, some acid guitar licks, and some distorted spoken vocals, as well as some higher-pitched wordless chanting. Unfortunately, much of the rest of the record does not live up to the promise of that first track, coming off like a typical early-'70s hard rock band, with belted vocals and maybe some occasionally interesting guitar work. "That's You" has enough energy to be proto-punk, and certainly its chorus of "do you wanna die" doesn't weaken that impression.

Far more notable is the track "The Executioner," a sinister piece that alternates between echoed-spoken vocals and intense guitar solos. The rest of the original album is too mainstream, but thankfully the CD adds another album's worth of bonus tracks, and some of these are really good, especially the original full-length version of "Flash," a 24-minute tour de force of guitar solo blitzkrieg between a variety of segued pieces, some of which are far better than the two-minute cut that ended up on the LP. Other bonus tracks include some instrumental versions of songs and a stripped-down version of "Dirty Yellow Mist."
by Rolf Semprebon 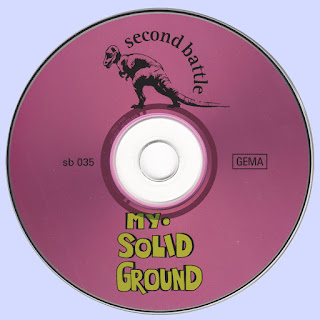