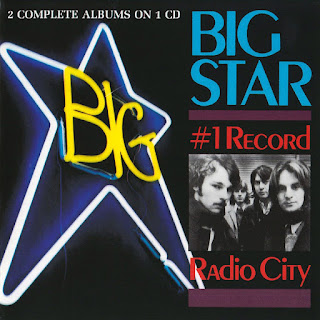 In the past, if you wanted to buy either of Big Star’s #1 Record or Radio City on CD you had to buy them together. While previously available individually on vinyl, the pair of albums were glued together in a two-for-one compact disc. Truthfully, while getting both albums at once was gratifying (because, really, you need both, along with Third/Sister Lovers), and it was probably cheaper to get a two for one deal, the end of #1 Record segueing into Radio City was messy at best. Thankfully, both albums are now back in print individually (sans bonus tracks), and are sourced from the original analog master tapes. One has to wonder, though, if the real reason behind these reissues is not to get the albums back into the hands of fans on CD in the proper format, but rather as a shot at Sony Music, who last year issued the godawful compilation album Playlist: The Very Best of Big Star (1972 – 2005). See, the problem with that disc was two-fold. The first is that the first three Big Star albums are Greatest Hits albums. They’re that necessary. Secondly, Sony got around the thorny issue of not having the rights to the original recordings by loading up songs on the tracklist from 1993’s Columbia: Live at Missouri University, 4/25/93. Basically, you would have been better off just buying the live album, as all that’s missing from it is a handful of songs from the original albums that the Best of album culls from. The 2013 Greatest Hits disc is, thus, that inconsequential.

While I cannot comment on the audiophile quality of these reissues for I was given access to a private stream, and we all know streams have their share of wow and flutter, the sound does manage to shine through. As do the songs themselves. Basically, if you don’t have either of these albums and have no idea of what I’m talking about, go. Just go, stop reading, and buy these records, especially if you want to see how this group essentially helped to invent the concept of ‘70s power pop, and would go on to influence countless bands from the Replacements, Teenage Fanclub, R.E.M. (whose Automatic for the People is essentially Third/Sister Lovers reimagined for the ‘90s) and, yes, Counting Crows, who have tucked a Big Star reference inside some live performances of their hit "Mr. Jones". As well, I’m not sure if it’s really worth giving more than a thumbnail sketch of the band’s history, because, chances are, if you’re reading this, you already know it and not much can be added or taken away from what you already know.

Still, here goes: Big Star was a group founded by Alex Chilton, formerly of the Box Tops, and also featured Chris Bell, drummer Jody Stephens and bassist Andy Hummel. (Stephens, incidentally, is the sole remaining original member still alive and kicking.) The group released #1 Record in 1972. The critics loved it, but, due to poor distribution problems with the record label, the album stiffed commercially, making the album title rather ironic (aside from the fact that it was, indeed, their number one record in order of release). Bell left the band and the remaining group, give or take a member or two depending on the song, went on to record 1974’s Radio City. The same result occurred: lavish critical praise, monumental commercial dud at the cash register.

Even if you haven’t heard of Big Star, you’ve heard Big Star. If you watched TV’s That ‘70s Show, well, the theme song is "In The Street" from #1 Record, only covered by Cheap Trick. For a band that sold a paltry number of records in its heyday, the cultural legacy of Big Star looms large. Without them, the Replacements wouldn’t have written their homage to "Alex Chilton". Without them, a large swath of alternative and indie rock would debatably cease to exist, or at least exist in some other unrecognizable format. Maybe indie kids today would have thought polka music was the hippest thing without Big Star. So this is a very monumental band, and, as I’ve said, if you don’t have these two albums, your record collection has a massive hole. You’re missing out on some of the finest music of the ‘70s, music that, in large part, remains timeless and even sounds much more relevant today than it did back then. That’s how ahead of the curve Big Star was.

So what of the albums themselves then? While both are in Rolling Stone’s 500 "Greatest Albums of All Time" list, #1 Record has the highest highs and the lowest lows. Had "The India Song" been swapped out its place at the end of Side One in favour of "When My Baby’s Beside Me", you would have had an argument for rock’s greatest Side One in the history of all music. That side would include the magnificent "The Ballad of El Goodo", the aforementioned "In the Street", the bluesy swagger of "Don’t Lie to Me", and the transcendent, touching ballad of first love "Thirteen". Even though the album does boast its share of filler ("ST 100/6" anyone?), the peaks are so towering that mere words cannot convey the brilliance. Plus, the album sounds like a group having a blast in the recording studio, unaware of the commercial disappointment that awaited them around the corner. The harmonies and the songwriting have been oft compared to Lennon/McCartney, and for a good reason. This stuff is just as good, if not better, than that of their predecessors. While #1 Record is slightly flawed, you could say that too about any Beatles album, and we all know that Revolver has the top spot generally on All Time Greatest Records lists. There is no such thing as outright perfection.

But then you have Radio City.

The album, which sees Bell get unofficially songwriting credit on just two songs ("O My Soul" and "Back of a Car"), is a sonic blast from start to finish. It’s rougher and bleaker than its predecessor, which presaged the harrowing decent into the tortured psyche of Third / Sister Lovers, but the songs themselves shine together with an overall consistency, even if there are gems within gems in the bunch. Do you remember the first time you heard the chiming riff to "September Gurls"? (And it had better not have been the Bangles’ absolutely atrocious butchering of the song.) Do you remember the first time you heard the sweet, affecting album closer "I’m In Love With a Girl"? Honestly, I bet you do. The album, and each song on it, is that memorable. I once made a mixed tape with the entirety of this record (and it was a record, I own a mint 1974 original pressing of the disc that set me back a pretty penny) on one side for a friend, who, upon listening to it, dubbed it "cottage rock". You know, the sort of thing you would have blasting at a keg party. That may sound like a reductive statement, but there’s a grain of truth to it. Radio City should be the summer album that everyone has, even if it is a little bit off-kilter and is the sound of a group trying to keep it together while falling apart. The songs are just stellar. Simple as that. Not a bad one in the bunch, not even the 87-second piano interlude “Morpha Too”.

While Radio City is, hands down, the stronger of the two discs, it is stronger by only a smidge. You need #1 Record, too, just for the group’s shot at familiarity and pseudo-hit making. Both albums are what we critics would dub essential. And, while you’re at it, try and score a copy of Third / Sister Lovers, too, as that album completes the trilogy. Listening to this all over again, one has to wonder if there was a better band during the tumultuous ‘70s than Big Star. At a time when prog rock was all the rage, Big Star was stripping rock music down to its poppy elements, setting the stage for a generation of bands who would pick up the mantle and run with it during the next few decades. While Bell and Chilton (and Hummel) are no longer with us, their legacy more than lives on with what the label is calling the "definite" digital masters of these albums. And, sure, there are no bonus tracks or outtakes, but these records don’t need them. They are as perfect or as near perfect as records come, and I’m pretty sure that I haven’t heard, in my entire lifetime, a record that is as flawless as Radio City, an album I always play front to back without skipping over any tracks.

So what on earth are you waiting for? Regardless if you have these records or not, you need them. Buy them again, if necessary. Trust me, the money will go to the enduring legacy of Big Star, and foster more bands that will head their path and blaze new trails in modern music. That’s not hyperbole, that’s just the plain truth. So go. Now. Get on your way to your nearest record store and pick these two stellar albums up before, you know, someone decides to pull them out of print as individual albums again.
by Zachary Houle, 02 Oct 2014 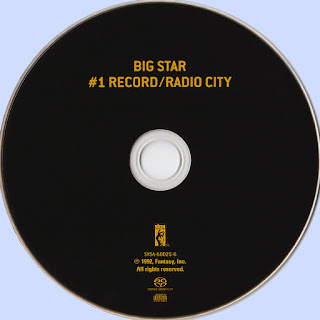