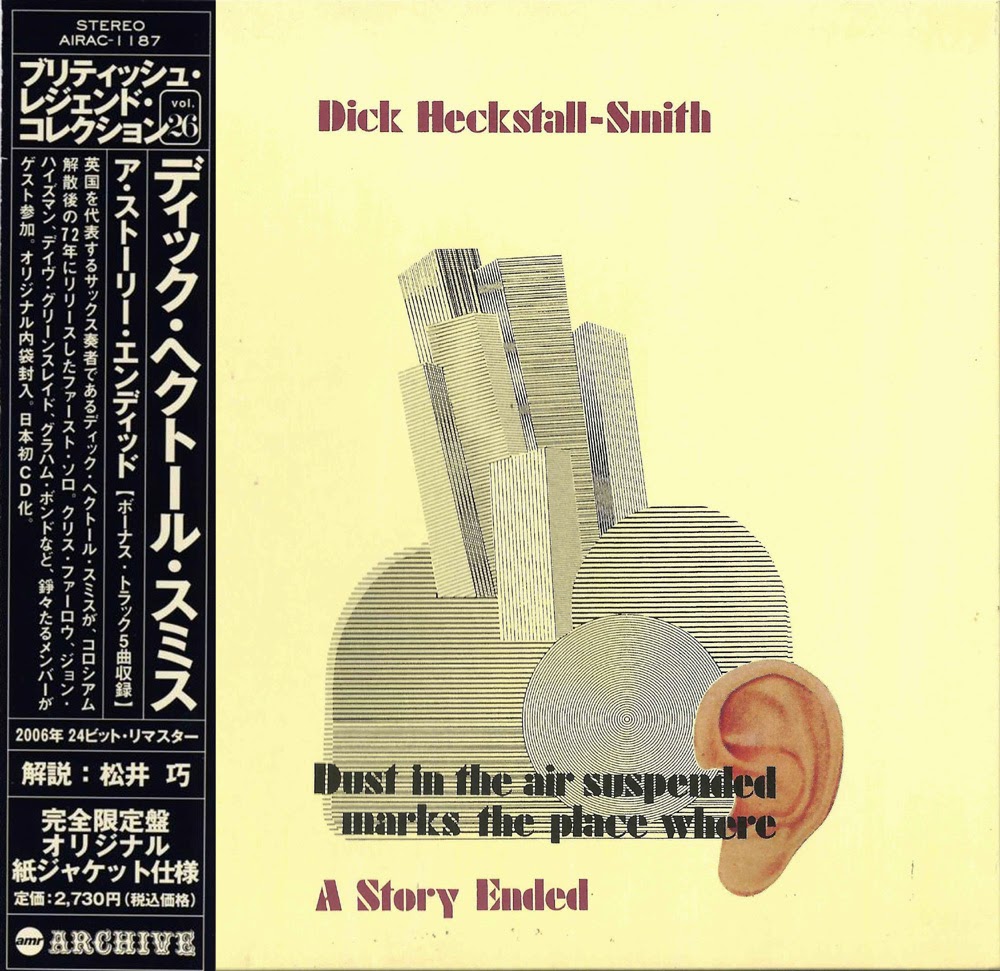 A couple of important explanatory notes before I get to the music. First, the full title of the album is truly exquisite: Dust In The Air Suspended Marks The Place Where A Story Ended. (And if you like that “dusty” title, you’ll want to search out another rare solo album made by a one-time member of another famous band: Uriah Heep’s Ken Hensley’s lovely 1973 album Proud Words On A Dusty Shelf.) Second, the last two of the bonus tracks on this album are credited not to Dick Heckstall-Smith alone but to the band Manchild (featuring Heckstall-Smith, of course). Finally, Dick Heckstall-Smith died of cancer in 2004, five years before the re-release of this excellent 1972 album.

Dick Heckstall-Smith was Colosseum'’s saxophonist. When the band broke up, several of its members (notably Jon Hiseman) contributed to this solo album; also heard on the album is the incomparable Chris Spedding. In a modest, now-dated way, this is an all-star effort, and I think it’s just superb. Nope, it’s not for all tastes; but if you’re a fan of fusion, you’ll love it; if you liked Colosseum, you’ll love it; if you like saxophone in general, you’ll love Heckstall-Smith’s playing in specific.

What I love most about the album – hmm, having started that sentence, I realize it’s going to be hard for me to pick one thing. Okay, what I love most about the album are the many passages in which Heckstall-Smith’s saxophone lines, often ridiculously complex, twisting and turning, are doubled by guitar – sometimes by two guitars, sometimes by wordless vocalizing, too. The saxophone is absolutely integral to every one of these compositions, and Heckstall-Smith has a command of numerous styles – some of which he sometimes employs in the same song, sometimes at the same time, via overdubs!

Listening to this album, I find myself genuinely sorry that he won’t be making any more. Here was a talented man who played an important role in one of the important early progressive/fusion bands but who also had a distinctive musical voice of his own. Aided by a bunch of other gifted musicians, he’s left us an album to be cherished.
by Gerald Wandio 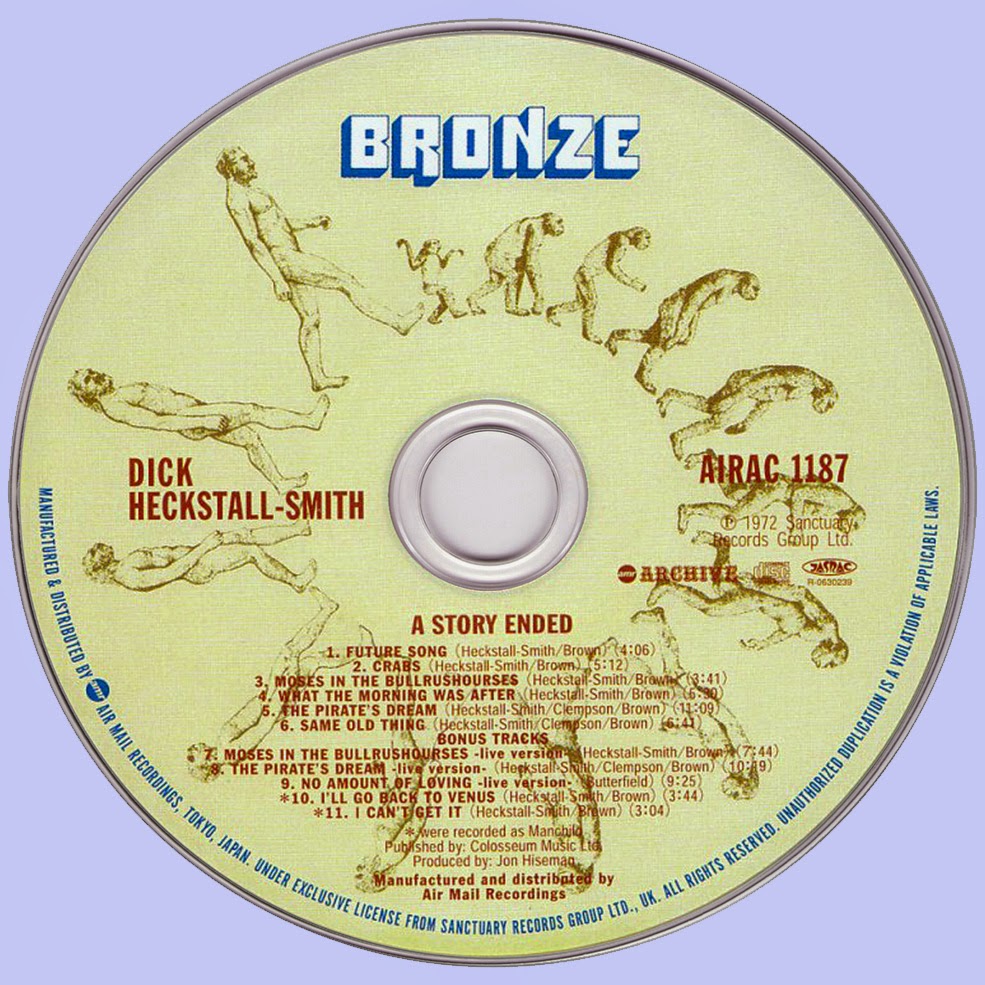 Free Text
Just Paste
Posted by Marios at 9:49 AM 6 comments: