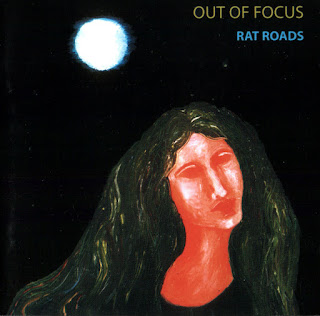 The sprawling double LP Four Letter Monday Afternoon is generally considered the best effort from these jazzy Krautrockers. Rats Road, issued 30 years later, consists of recordings from those same sessions that had to be left off the original release because of lack of space, with material nearly as strong. Like Four Letter, this finds Out of Focus expanded to an 11-piece and stretching out on long jams with loose, funky rhythms and lots of lengthy instrumentals on various brass, keyboards, and guitar. In fact, this record is even more instrumental, with only two tracks with vocals, the energetic "I'd Like to Be Free" and "Tell Me What I'm Thinking Of," the latter which also appeared as a bonus track titled "When I'm Sleeping" on the CD reissue of Four Letter Monday Afternoon.
Though Rats Road never gets into the more experimental realms of Four Letter pieces like "L.S.B." and "Tsajama," there is still a lot of creativity here, from the wild rhythms of "Table Talk" and "Straight Ahead" to the quirky structures of "Rats Road" and "Climax," as Out of Focus combines rock and big band jazz fluidly into something quite extraordinary. The CD, like many others from the Garden of Delights label, also contains a 32-page booklet with some history of the band and photos.
by Rolf Semprebon 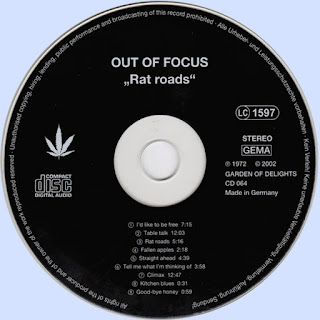