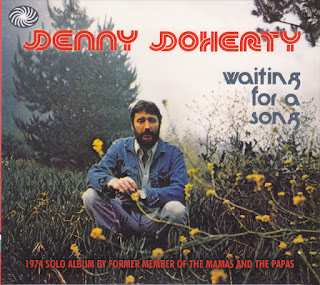 Denny Doherty was born in Halifax, Nova Scotia, the son of an ironworker and a "housewife and mystic" as he once described his mother. He made his first public appearance at the age of 15 singing the Pat Boone hit Love Letters in the Sand at amateur night at the local skating rink. By the late 1950s he had shifted allegiance to the burgeoning folk song movement and had gained a recording contract with the New York company Columbia, with his group the Halifax Three.
The group emigrated to New York, the centre of the folk revival in the early 1960s. In Greenwich Village, he met Cass Elliott with whom he formed a short-lived group, the Mugwumps, which also featured future Lovin' Spoonful members John Sebastian and Zal Yanovsky.
Next, Doherty joined forces with husband and wife John and Michelle Phillips, as the New Journeymen. Michelle recalled that "it was so incredible to sing with somebody who had such a beautiful voice because John and I were just little croakers". Early in 1965, Cass Elliott brought her equally vital vocal talent to the group and the Mamas and the Papas were formed. As John Phillips (obituary, March 20 2001) wrote in the song Creeque Alley, his New York musician friends such as Roger McGuinn (of the Byrds) and Barry McGuire (singer of the hit Eve of Destruction) had already headed west ("McGuinn and McGuire just a-gettin' higher in LA"); the Mamas and the Papas decided to follow suit.
In the summer of 1968, however, the group collapsed as a result of the prodigious drug intake and the complicated inter-personal relationships of its members. As music historian Barney Hoskyns put it: "An affair began between Michelle and Denny for whom Cass lusted."
Mama Cass launched herself on a solo career, while Michelle Phillips moved into acting and John and Denny each recorded solo albums. Denny's Waiting For a Song was the last album Cass sang on before her death in London in 1974. In 1975 Doherty made his acting debut in Man on the Moon, a Broadway show created by Phillips and Andy Warhol.
Dennis (Denny) Gerrard Stephen Doherty, singer and actor, born November 29 1940; died January 19 2007.
by Dave Laing, 22 Jan 2007
Denny Doherty's second effort released in 1974. The title of "Give Me Back That Old Familiar Feeling," paired with the album's title, provide the intertwined recurring lyrical themes: Doherty as the lost artist looking for a song to sing and a reason to live -- the concepts becoming interchangeable after a while -- and continually looking to the past for fear of looking forward. This motif is underscored by the presence of his former bandmates, Cass Elliot and Michelle Phillips, on backing vocals throughout the record. Their harmonizing voices are in fine form, but the arrangements are far less novel than those from the group's heyday, and Doherty doesn't hit notes as brightly with his tenor as he once did.
The poor distribution rendered this album an instant obscurity, though collectors and Doherty fans were delighted by its reissue on the Varese Vintage imprint in 2001. In hindsight, the record is remarkable for its naked honesty, Doherty making little secret, either in the tunes or in the liner photos, of how much of a wreck he is, but on its own merits, Waiting for a Song is too much of a buzzkill to tout unreservedly. Highlights include the minor AC hit "You'll Never Know" and the Larry Weiss-penned ballad "Lay Me Down (Roll Me Out to Sea)."
by Joseph McCombs 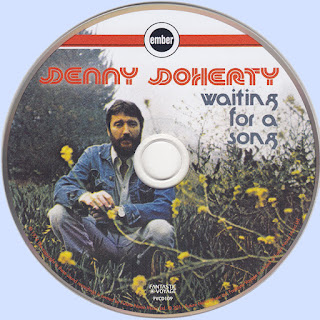