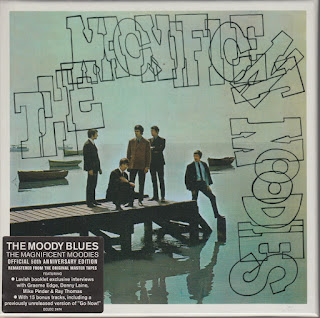 An album of scruffy gumption and R'n'B grit, The Magnificent Moodies doesn’t sound anything like the symphonic prog that hurtled the Moody Blues to fame. Instead, it reflected an up-and-coming five-piece still coming into their own, playing a selection of smart covers and not-quite-fully formed originals that reflected the Moody Blues’ stage show at the time.

Ray Thomas, John Lodge and Mike Pinder – the nucleus of the Moody Blues for years to come – were members of an earlier teen outfit called El Riot and the Rebels. That group disbanded when Lodge went to college. Pinder and Thomas then recruited future Wings star Denny Laine, Graeme Edge and the late bassist Clint Warwick to form the initial lineup of the Moody Blues, after a brief stint as the Krew Cats.

The Moody Blues appeared for the first time on stage in 1964, and released their debut, The Magnificent Moodies, in July 1965. Produced by ex-Decca A&R man Alex Wharton, the project was preceded by a scorching update of Bessie Banks’ 1964 single “Go Now,” which launched the Moody Blues to the top of the U.K. charts and a Top 10 Billboard finish.

Not that the band had those kind of lofty designs at first. “We were going through these singles, there were all sorts, and we came across ‘Go Now,'” Ray Thomas said in 2013, after an expanded reissue of Magnificent Moodies was announced. “It had Bessie Banks singing on it, which was a lot slower, a lot lighter, but we thought it was the right song. The Marquee [in London’s Soho district] was just starting to build their studio in the back of the club, and we said, ‘Can we go in and record it?’ and they said, ‘The studio is not finished, the control room is, but the builders are still in there.’ There were bags of plaster; there was ladders, spades, shovels, picks, scaffolding – you name it. So we said, ‘Oh, we’ll go in after the workmen are finished for the day.’ And so we went in at night and recorded it. If you saw us climbing out of the bloody building material to get to the microphone and all this – but you know, it worked out.”

In fact, “Go Now” remains the Moodies’ lone chart-topping smash, but it couldn’t hold the group together. The Magnificent Moodies, which was rounded out with covers of songs by James Brown, the Gershwin brothers and four new originals by the team of Laine and Pinder, didn’t perform very magnificently at all. While it reached No. 5 on the New Musical Express chart, the album was completely ignored in the U.S.

A string of similarly unsuccessful singles followed, as the U.K.’s R&B craze faded. Within the year, both Denny Laine and Clint Warwick had departed, leading to the arrival of Justin Hayward and a return by John Lodge. By 1967, they’d rebuilt their sound, too. The platinum-selling Days of Future Passed placed the Moody Blues at the leading edge of the looming progressive-rock movement. “Justin is a good ballad singer,” Thomas said. “I don’t think we would have had the success that we ended up having if we hadn’t changed.”
by Nick DeRiso 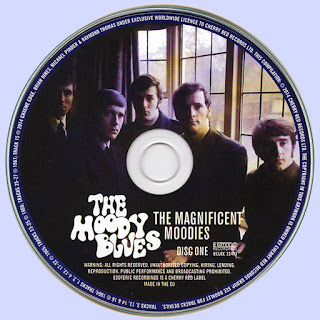 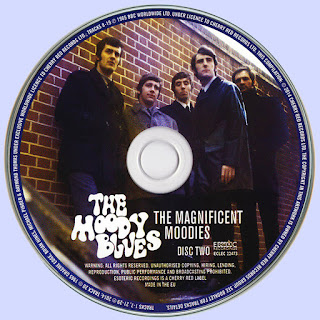 Free Text
Text Host
Posted by Marios at 6:01 AM 3 comments: