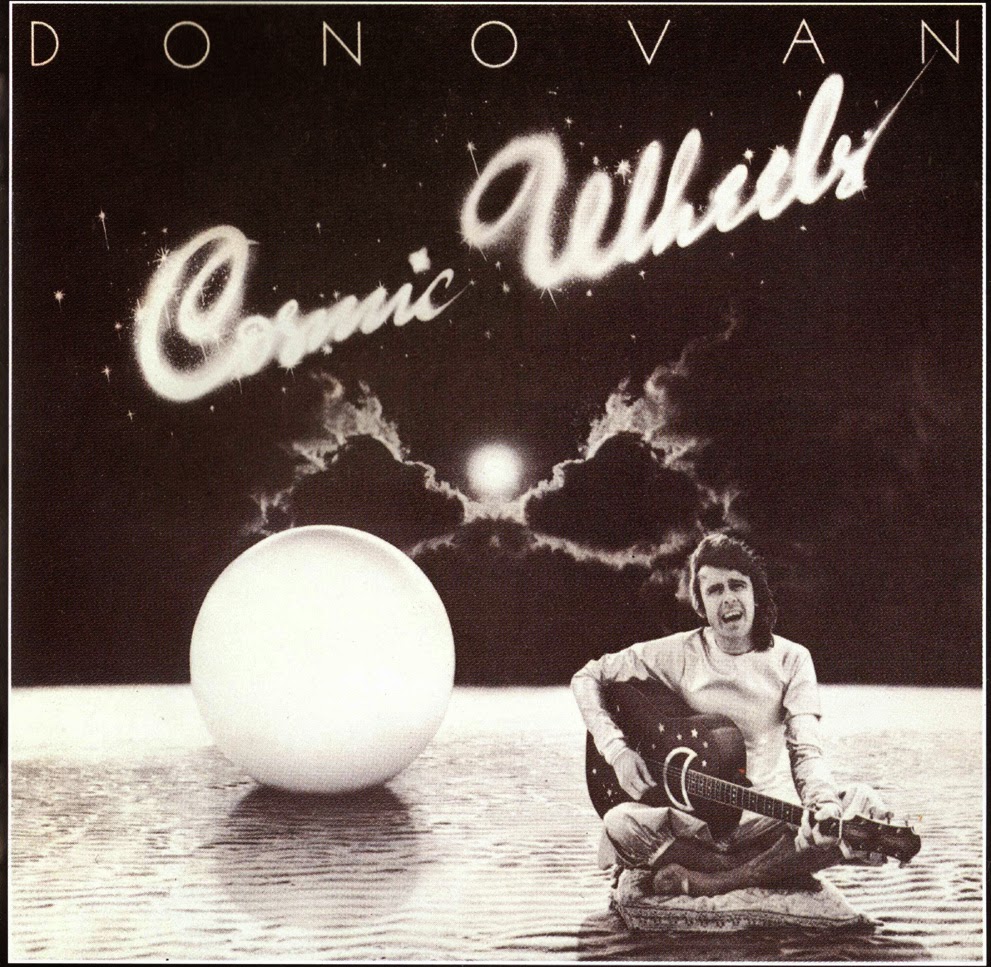 This is Donovan's 10th studio album recorded 1972 in London at Morgan Studios and produced by Mickie Most. Cosmic Wheels is Charming, Flawed, Curious, Odd.  Admittedly, part of its appeal was the fact it was out of print for decades. Absence makes the heart grow fonder, or some horseshit like that. The title track alone is a fun rebirth of Donovan’s psych experimentation, and a few of Cosmic Wheels acoustic tracks – “I Like You” and “Appearances,” to name two – capture the flower child’s flighty, easy-going appeal. Cosmic Wheels probably won’t convert the naysayers but those in tune with Donovan’s sense of play may well appreciate.

The gatefold cover is by French astronomer Camille Flammarion. This is uncredited and fails to mention that the image was lifted from his Popular Astronomy book of 1880. The woodcut depicts Man’s journey from the earthly world to the stars and heavens beyond, the big white baloon featured on the front cover is a tribute to the classic british TV series The Prisoner, of which Donovan is a big fan.  'Cosmic Wheels' reached #15, not #20 in UK Album charts.
by Willard and Ade 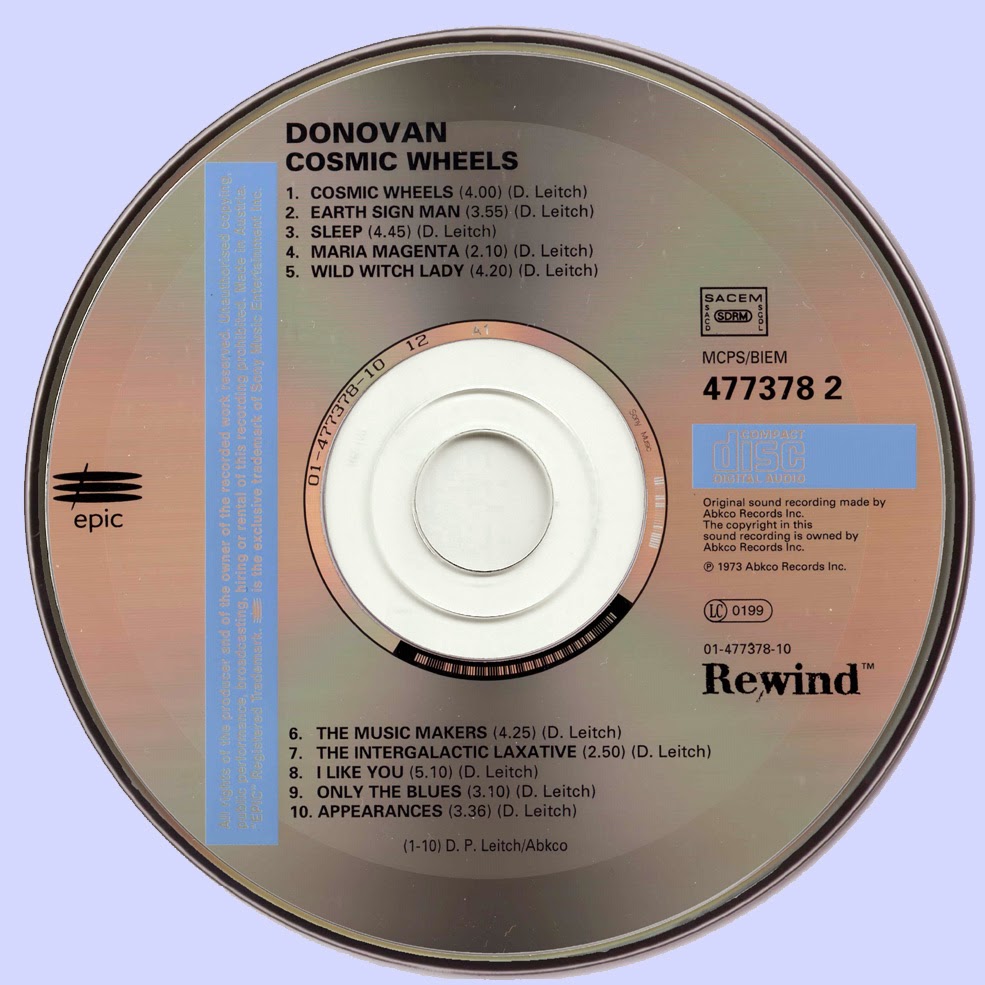 Free Text
the Free Text
Posted by Marios at 9:07 AM 4 comments: