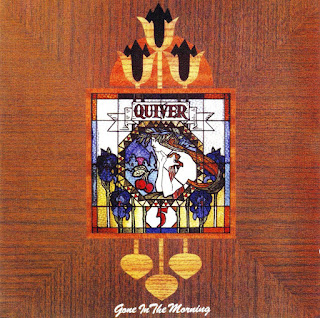 Gone in the Morning is Quiver's follow-up to their self-titled debut, which was somewhat successful in the U.K., but invisible on American shores, as was this disc. It wasn't until three of the members hooked up with the Sutherland Brothers that the band got any recognition stateside. Cal Batchelor's contributions are what differentiate this group from the band that merged with Iain Sutherland and his brother Gavin, Batchelor having written or co-written eight of the nine tracks here. Tim Renwick's "Green Tree" is more laid-back and the only title not written by or with Batchelor. Renwick played the recorder on Jackie Lomax's Apple releases, and was a member of Junior's Eyes, and musically this Chris Thomas production sets the stage for what the three minstrels who carried the name on would do in the future.
There's a nice George Harrison guitar riff that begins the solo on "Love/No Boundaries," and the pop of that song works better than the pseudo-country which keeps seeping through, as on "I Might Stumble." The title track, "Gone in the Morning," is not a bad song, but at nine minutes, it descends into a jam before it re-emerges and concludes -- and that is perhaps the downside with Quiver and this record. There is more focus on riffs and pedestrian jamming than musical experimentation, and a song like "Fung-Kee Laundry," all 55 seconds of it, is a succinct and prime example of what transpires in the middle of the title track. "She's a Lady" is a weird combination of country/reggae/blues
It's competent, well-played, well-produced, but goes nowhere. The real magic is when the worlds of Quiver and the Sutherland Brothers collided, and this excellent group got to perform on some meaty material. Or maybe this quartet didn't translate well to record, the Warner Brothers hype around Quiver was that they were "one of England's best loved live groups" -- which begs the question, why not a live album to launch them? "Don't Let Go" is the most musical and exciting piece on this disc; eerie guitars and vocals conclude the record with some promise.
Cal Batchelor was from British Columbia, which might explain the heavy American music styles that permeate this British group; indeed, some of the material sounds like the Canadian offshoot of the Guess Who that was Brave Belt. Gone in the Morning is an interesting artifact, but the end result is a competent disc which doesn't beg repeated listening. Roger Daltrey sang "it's the singer not the song," and this album proves him wrong. It's definitely the song that matters.
by Joe Viglione 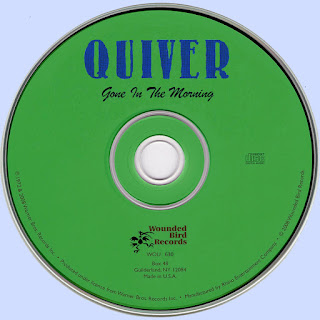