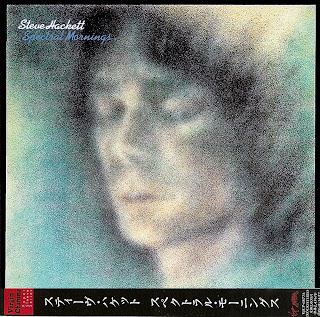 Steve Hackett. For some fans, especially younger vintages, it's a bit strange sounding name, but for those who are in rock music, "sit" for decades, Hackett is a guitar player from Pantheon. Despite the passage of time it remains a very active member of the rock musicians, for some it is even unquestionable authority. Sailed on a broad rock water, "a beautiful sailing ship" GENESIS. For many years, his playing shaped the image of this excellent band.

The third solo album by guitarist ... "Spectral Mornings"...has positive energy and likes to share it. Yep!...This album is something. That something, which makes it difficult to determine what this music really draws us to himself. None of the songs not included here would consider brilliant, outstanding, or moving to the core. Nothing knocks as, for example, "Shadows of the Hierophant". Power spectral mornings lies in something else - just let go of this CD and are wonderful feelings. It seems that nothing in life is needed, that this is the essence of music that wants to listen.

No twenty minute epic tracks, which you will not understand without a thorough analysis of the text. No sounds grim visitors darkest corners of the soul. Nothing to prove that I'm the best. Just music that you listen to just for fun ...this album, but Steve shows his face here a lot (including those darker). Once a classic, typically once genesis, sometimes humorous, sometimes dark. But even the darkness as "Tigermouth" is somehow ethereal. It is said that through all these long years of drawing on progressive classics no one was able to record the album like "Selling England By The Pound" ... I know! Name Hackett This copyist Genesis sounds like attacking the country by their own forces.

However, it seems to me that in terms of space and electrics, Steve has managed to achieve a similar effect. Music like a gently floating in the wind. On one hand, so dense, so rich stylistically, sonically, with countless flavors, on the other hand, it seems that could be an explicit and vary it even indefinitely. And it is beautiful! It stimulates the imagination :)

Stand-out songs? I do not know ...? The "Spectral Mornings" I see neither weak nor very strong points. Each piece brings something here, and despite their differences all styling hold the water. As if I had something to stand on unless it padłoby beautiful "The Virgin And The Gypsy", the classic "Lost Time In Cordoba" ... and the title track - complete boredom, which I could listen to over and over and even more often...hehehe Perfect for every morning, not just spectacular. An absolute classic.
We do not judge, do not gadajmy, just listen!
by Adamus67 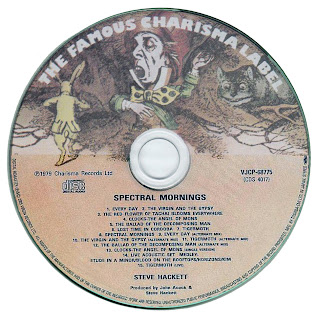