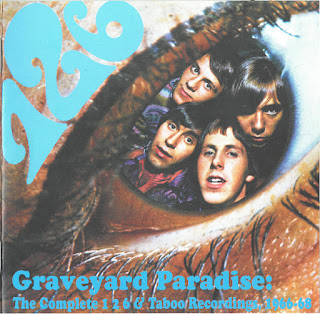 Rock band started in Bodø in 1964 under the name The Blue Flames. Originally an instrumental group with Asbjørn Krogtoft (guitar), Gunvar Marken (guitar), Oddvar Hansen (bass) and Hans Erik Steffensen (drums). The latter was soon replaced by Roger Saksenvik, and inspired by the Beatles, they began to sing. The group was called The Fighters for a short period, before in 1965 they changed their name to 126. - with a full stop, so that it should be pronounced "one hundred and twenty-six". It was the group's supporters who began to pronounce the name with the English variant "one-two-six", which the band did not mind at all. The number combination was the group's vocalist and songwriter Asbjørn Krogtoft (Asa) who came up with: He had a girlfriend who lived in Håkon at streetnumber 26. Number 1 was for him,
1-2-6 signed up for a talent competition in connection with the Polar Circle Festival in Mo in 1966. They won this, and the prize was a trial recording for the record company RCA Victor . This resulted in the group's first single "Veto" / "Little You", which became a small hit in Bodø in the winter of 1966/67, but a flop in the rest of the country. However, the band came back strong six months later with single number two: "Graveyard Paradise". A strong Bob Dylan-inspired Asa had originally written the text as a poem in Norwegian, and it was one of many poems that made up the collection Epigon, intended for Gyldendal Norsk Forlag. The collection of poems never saw the light of day, but in 1990 - when 1-2-6 was to mark the group's 25th anniversary - most Norwegian stanzas were used in a remake of "Graveyard Paradise" with the subtitle "Cemetery of Eden".
"Graveyard Paradise" exploded like a bomb in August 1967. It attracted justified attention that a young Norwegian - 20-year-old Asa - could write such a reflective song, and even more so in well-formulated English. However, the composer himself was disappointed that so few record buyers understood the serious message of the song. For most of them, 1-2-6 appeared as pop stars, which is underlined by the album's success: "Graveyard Paradise" was a total of 15 weeks on the VG list, six of them in third place. 20 years later, it was chosen by Dagbladet's readers as the second best Norwegian melody of all time, only beaten by "Du ska få en dag i mårå". It is part of the story that the song actually had four verses, but that one was cut so that the song would fit better with the single format. The long version can be heard on the compilation album One Two Six (1995).
The group began work on an LP, two singles came out, before it's release. "Who's Been Sleeping In My Bed" got the uncomfortable job of being the sequel to "Graveyard Paradise". An impossible task for a lightweight song, and it did not take long before both the group and the record company realized that they had opted for the wrong horse. "Elisabeth" was a far stronger song, and it managed to capture a place among the top ten on the VG list. The LP Curtains Falling was finally released in early 1968, but by then it was already 1-2-6 dissolved. After a very strenuous tour along the coast from Western Norway to Kirkenes, the decision was made on Christmas Eve 1967. The fans sat back with Curtains Falling- an LP full of experimental inventions and good songs, all twelve composed by Asa. There was a last single in the spring of 1968, recorded the autumn before while working on the LP. Ironically, it was entitled "1-2-6".
Asa had debuted as a solo artist at the end of 1967 with the single "Woman in black" / "Then she was just as pale" (with 1-2-6 as a backing band on the A-side), but instead of focusing on a solo career formed he band Taboo in early 1968. Taboo only managed to make two singles before they disbanded after six months. For a while, Asa chose schooling and family, and made his record career a hobby. (All four of Taboo's single songs are also on the CD collection One Two Six .)
In May 1990, the four members of 1-2-6 met in the studio to discuss the possibility of a reunion on the occasion of the 25th anniversary. Gunvar Marken had found the lyrics to a song that 1-2-6 had never recorded on a record - "17 Fool, Heh!" - and one led to the other: The group met in the studio to make five new recordings and then went on a nationwide tour. "Graveyard Paradise" turned out to be as relevant as in 1967, especially in its original Norwegian language costume. The new version was a combination of both Norwegian and English text. The back of this single was the charming "Spring -65", where Asa retold the story of the four young boys from Bodø who put everything into the music. Four of the five recordings made by the reunited 1-2-6 in 1990 were found good enough for the double CD collectionOne Two Six , which was published in 1995 and which contains the group's collected works.
Rockipedia 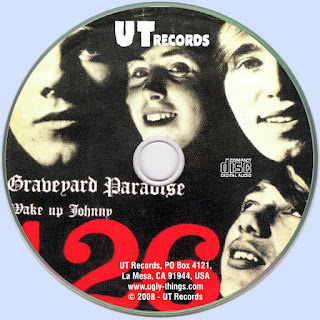