The Grass Roots - The Complete Original Dunhill ABC Hit Singles (1965-73 us, truest essence of the band these hook filled singles in that glorious, original sound, 2014 mixed and mastered) 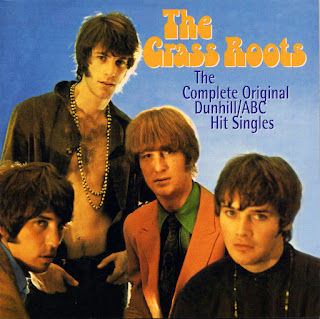 The first serious Grass Roots compilation since Rhino's Anthology: 1965-1975, Real Gone's 2014 The Complete Original Dunhill/ABC Hit Singles isn't as comprehensive as that 1991 double-disc set, running 24 songs to its predecessor's 36, but that still leaves plenty of room to be thorough.
Every one of the group's charting singles between 1966 and 1973 are here, beginning with "Where Were You When I Needed You" -- their first Top 40 hit in 1966, climbing all the way to 28 -- and ending with "Love Is What You Make It," which topped out at 55. "Mamacita," a 1975 single for Haven, isn't here but their first Dunhill side, a cover of Bob Dylan's "Mr. Jones (Ballad of a Thin Man)" is, along with a censored version of their breakthrough hit "Let's Live for Today," two inclusions which underscore the group's folk-rock roots, but the band's hot streak really began with "Midnight Confessions," a piece of snazzy blue-eyed soul that opened up a run of AM pop nuggets that ran until 1972.
All of these are here, and while the big hits "I'd Wait a Million Years," "Temptation Eyes," "Sooner or Later," and "Two Divided by Love" are the group's best, the Grass Roots' bench is deeper than this suggests, thanks in part to some nifty songs by Harvey Price & Dan Walsh, the authors of "Temptation Eyes" (these include "Baby Hold On" and "Heaven Knows") and Dennis Lambert & Brian Potter ("The Runaway," "Anyway the Wind Blows"). This is state of the art turn of '70s pop, and Real Gone finally gives it the showcase it has long deserved with this fine compilation.
by Stephen Thomas Erlewine 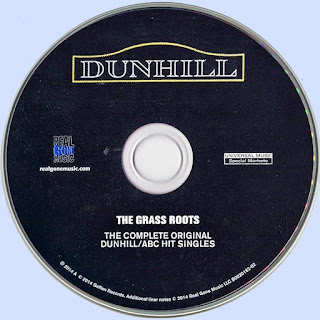