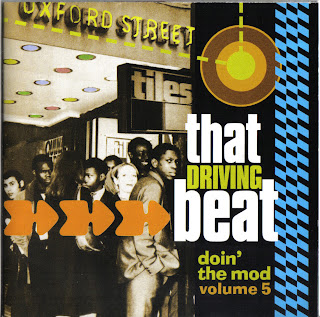 One of the minor strains of mid-'60s U.K. pop was a re-creation of American soul. It never crossed back over to America like other British music of the time because the real thing was so good that nobody wanted to hear a whiter shade of imitation.

The sound never really took off in the U.K. either, but a great many bands played it. Castle's Doin' the Mod series is an attempt to round up the bands that were melding soul (Northern and otherwise) with mod and pop. There are also some girl group-style songs mixed in as well as some bubblegum soul. Vol. 5 of the series, That Driving Beat, lives up to its title and features 30 uptempo dance tracks, many of them lost classics, most of them top-notch blue-eyed soul.

Most of the groups are obscure, the biggest names being Geno Washington (an American expatriate), the Alan Bown Set (whose "Headline News" is a charging and melodic highlight of the set), and the Koobas. If those are the big names, you know you are dealing with a bunch of unknowns. Names you should know after hearing the disc are Lucas & the Mike Cotton Sound ("Step Out of Line"), Kim D (the sultry "Come on Baby"), the Exotics (the bubblegum soul of "I Don't Want Nobody [To Lead Me On]"), Timebox ("I'll Always Love You"), Young Blood (a stomping cover of the American Breed's "Green Light," which pounds the original to dust), and Ways & Means (whose reverb-drenched and super-hooky "Make the Radio a Little Louder" may be the best song here).

There are great songs that show that the Brits weren't too shabby when it came to hijacking American soul and giving it a uniquely British sound.
by Tim Sendra 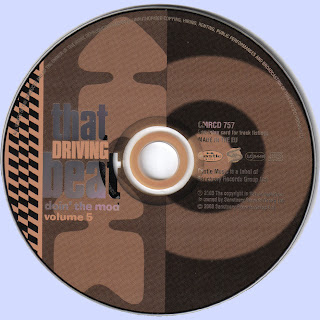 Free Text
the Free Text
Posted by Marios at 5:43 AM 7 comments: