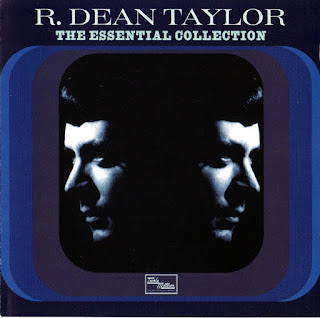 Born and raised in Toronto, Canada, R. Dean Taylor made his first entry into the world of music at the age of 12, singing at various open-air Country & Western shows in the Toronto area.

In 1960 he recorded his first record, "At the High School Dance," which played across Canada and on CHUM Radio, Toronto' s power-house radio station.  He appeared on a CBC dance party TV show and started playing clubs and other venues around the Toronto area and toured the States for a short time.

Dean went to New York in 1962 and cut four sides which were distributed on the AMY- MALA label: "I'll Remember," "It's A Long Way to St. Louis," "We Fell In Love As We Tangoed," and "Beautiful Dreamer"

In 1963 a friend from Detroit called him about a newspaper article featuring an up-an-coming record company called Motown Records and said he could arrange an audition.  Dean was fortunate enough to meet with Brian Holland and Lamont Dozier of Motown's top producing team, Holland, Dozier, Holland.  They liked his material and Dean was immediately signed as a writer and artist for the label. Dean started working with Eddie Holland, sitting for hours tossing ideas back and forth and coming up with lyrics for many of the Holland/Dozier hits.

…Eddie was a fantastic writer, he could write from a woman's point of view as well as a man's, and I really learned a lot from working with him.  I wanted to learn everything I could about producing and started playing tambourine on the Holland/Dozier sessions.  I played on most of their records, such as "Standing In the Shadows of Love," "Reach Out," and many more.  Seeing the innovative way Brian and Lamont used new sounds in their productions, such as footstomps on an old board as the intro on "Where Did Our Love Go" and many other gimmick sounds, was an inspiration.  Watching Holland/Dozier produce, and playing with those great musicians now referred to as The Funk Brothers, was more than I could have ever hoped for.

As a writer, Taylor's credits include such hits as "Love Child" and "I'm Living In Shame" by the Supremes, "All I Need" by the Temptations, "I'll Turn To Stone" by the Four Tops, and "Just Look What You've Done" by Brenda Holloway.

Dean recorded his own record, "Let's Go Somewhere" in 1965, a subtle war protest song, but not much happened.  In 1966 he recorded "There's A Ghost In My House."  but f
ound out from a friend that there was little or no promotion on the record since they were concentrating on promoting the established Motown acts.  Four years later in England, a club DJ started playing "There's A Ghost in My House" and it became popular.  Other dance clubs picked up on the record and Motown UK released it as a single, and it went to the top of the charts in England and throughout Europe.

"Gotta See Jane," written in 1967 on a rainy drive to Toronto, became another English hit but received no promotion in US.

In 1970, Dean recorded "Indiana Wants Me" which he always felt would be a hit record.  Two radio stations broke the record in the States.  Disk jockey, Scott Regen, believed the record was a hit and fought to get the record played on WKNR in Detroit.  At the same time, program director, Rosalie Trombley put the record on the powerful CKLW playlist in Windsor, Ontario.   Dean went to Motown Vice President, Barney Ayles, and asked him if he could put some heavy promotion behind this record.  Ayles knew it was getting airplay and the record was getting positive feedback so he agreed to hire an independent promotion man, Al Valente, to go out with Taylor on a promo tour to stations, large and small, in the Michigan area.  More and more stations began playing "Indiana" and  Barney told the Motown promotion department to get behind it. Dean also appeared on CKLW's The Robin Seymour TV Show a number of times.  "Indiana Wants Me" became a million-seller and climbed to #1 on the US charts, making R. Dean Taylor the first white artist in the history of Motown to do so.

Dean's songs continue to receive International airplay and have been covered by several artists.  Currently, Dean has built a recording studio in his home in Los Angeles and is working on a new CD and writing a book about his Motown memories.
R.D.Taylor 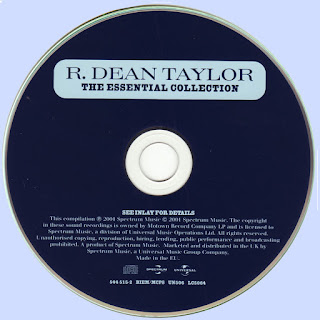