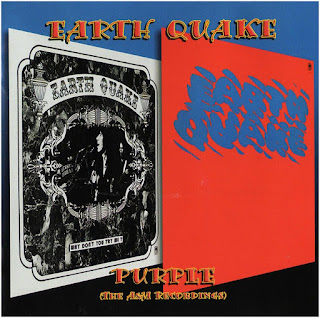 Formed 1966 and initially called Purple Earth Quake, this Berkeley, California-based band was not only a permanent presence on the Bay Area music scene for more than a decade, but they gathered loyal followings throughout scattered pockets of the world and received a bit of airplay as well. During their lifespan, Earth Quake cut five studio albums, along with a live effort.

The band’s debut disc, simply dubbed Earth Quake, set the stage and standard for subsequent collections. Punchy hard rock, occasionally escorted by soul and funk trimmings, personified the group’s sound and style. Competent yet earthy, the band remained dedicated to their roots, but were wise enough to filter fresh fragrances into their material to prevent them from coming off as slavish imitators.

Here on the group’s second album, Why Don’t You Try Me? (A&M Records), they pursue a balance of harmony and heft with positive results.

Rolling with rapid rhythms, “Train Ride,” which is perhaps the strongest song on the disc, contains a torrent of towering choruses and a run of slashing Jimmy Page influenced licks that really hammer the point home. The burly buzz of “Live And Let Live” additionally reveals a Led Zeppelin fixation before climaxing into a funky Isley Brothers-flavored jam, and “Bright Lights” clocks in as just one example of Earth Quake’s knack for laying down the kind of gritty white man blues heard on certain Small Faces and Humble Pie recordings.

Released as a single, “I Get The Sweetest Feeling” definitely does carry a sweet feeling. Busy horns, honking with happiness, carpeted with a sparkling luster guide the program on the merry Motown-inspired missive. Stationed in a somewhat similar file is “Riding High On Love,” which skips and shuffles to a big and bubbly soul pop beat.

Although Earth Quake often dipped their toes into commercial pop territory, hard rock seemed to be their primary asset. Equipped with the power of the Who, boasting the brawn of Deep Purple, and armed with a surplus of inviting hooks and breaks, the group smoked like a city on fire when cranking the heavy stuff.
by Beverly Paterson 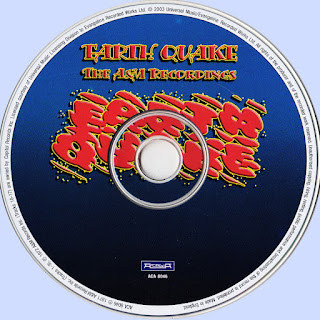 Free Text
Text Host
Posted by Marios at 9:45 AM No comments: