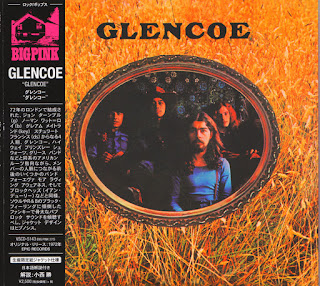 Having recorded two albums under the Forever More nameplate, in 1971 the four principals (drummer Stuart Francis, bassist Alan Gorrie, and guitarists Onnie McIntyre and Mick Strode, decided to reinvent themselves as Glencoe.

Before the band could record anything Gorrie and McIntyre bailed, reappearing in The Average White Band.  Francis and Strode quickly recruited keyboard player Graham Maitland and bassist Norman Watt-Roy.  The quartet hit the road touring the English club and college circuit, but in early 1972 Strode quit.  He was replaced by guitarist John Turnbull, whose resume included time with The Chosen Few, ARC, and Skip Biffery.

The band were quickly signed by Epic, with Columbia signing them to it's newly establish Grand Western Gramaphone subsidiary.  In an unusual move, the band were allowed to produce their own debut.  Released in 1972, "Glencoe" stands as one of those albums that makes you wonder how these guys escaped wider attention.  With Maitland and Turnbull responsible for the majority of  material, the set featured a likeable mixture that crossed country-rock ('Lifeline'), pop, and progressive moves (frequently within the same song).  Tracks like 'Airport', 'Lifeline' and 'Look Me In the Eye' were smooth and highly melodic and that may have spelled their demise.   With so many talented early-'70s bands out there, these guys were too mainstream for hard rock fans.  They were also too rock oriented for country-rock fans, and too bright and commercial for progressive fans.  Maybe not the most album of 1972, but thoroughly enjoyable from start to finish.

In support of the album, Epic put them on the road opening for Deep Purple, but that did little for sales.
Bad-cat 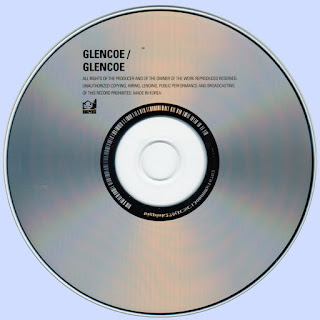 Free Τext
the Free Τext
Posted by Marios at 5:42 AM 6 comments: