John Hammond - I Can Tell (1967 us, awesome electric blues rock, with bonus tracks) 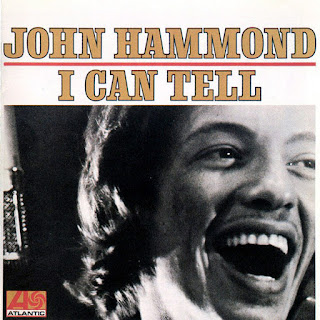 Born November 13, 1942, in New York City, the son of the famous Columbia Records talent scout John Hammond, Sr., what most people don't know is that Hammond didn't grow up with his father. His parents split when he was young, and he would see his father several times a year. He first began playing guitar while attending a private high school, and he was particularly fascinated with slide guitar technique. He saw his idol, Jimmy Reed, perform at New York's Apollo Theater, and he's never been the same since. After attending Antioch College in Ohio on a scholarship for a year, he left to pursue a career as a blues musician. By 1962, with the folk revival starting to heat up, Hammond had attracted a following in the coffeehouse circuit, performing in the tradition of the classic country blues singers he loved so much. By the time he was just 20 years old, he had been interviewed for the New York Times before one of his East Coast festival performances, and he was a certified national act.

When Hammond was living in the Village in 1966, a young Jimi Hendrix came through town, looking for work. Hammond offered to put a band together for the guitarist, and got the group work at the Cafe Au Go Go. By that point, the coffeehouses were falling out of favor, and instead the bars and electric guitars were coming in with folk-rock. Hendrix was approached there by Chas Chandler, who took him to England to record. Hammond recalls telling the young Hendrix to take Chandler up on his offer. "The next time I saw him, about a year later, he was a big star in Europe," Hammond recalled in a 1990 interview. In the late '60s and early '70s, Hammond continued his work with electric blues ensembles, recording with people like Band guitarist Robbie Robertson (and other members of the Band when they were still known as Levon Helm & the Hawks), Duane Allman, Dr. John, harmonica wiz Charlie Musselwhite, Michael Bloomfield, and David Bromberg.
Slang-Music

I Can Tell boasts an all-star backing band of rock & roll stars, featuring everyone from Bill Wyman to Robbie Robertson. John Hammond leads the band through a set of Chicago blues standards, reaching deep into the catalogs of Willie Dixon, Elmore James, Howlin' Wolf, and many others. Although the performances can occasionally sound too studied, the album is by and large an unadulterated delight -- the affection Hammond and his band have for the material is quite clear. The CD reissue includes four cuts from his 1970 album, Southern Fried, which feature Duane Allman on slide guitar.
by Thom Owens 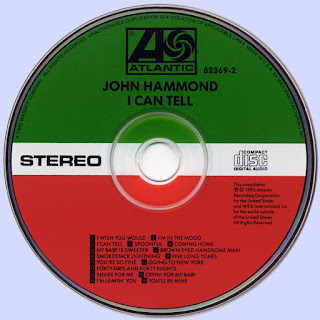