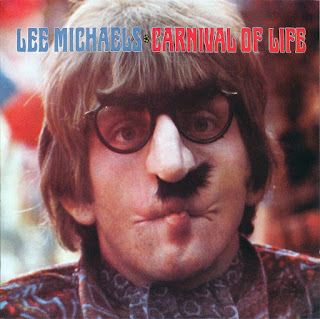 1968’s Carnival of Life debut ended up being unrepresentative of Michaels’ most characteristic work, it showed a singer-songwriter with strong R&B roots partially obscured by hippy-dippy psychedelia. But after a chance hit of acid given by the famed mind-chemical maven August Owsley Stanley lll, he was convinced he was an organ player, not a stand-up frontman vocalist, and Michael’s music took a unique turn towards the keyboard/drums only approach he favored for most of the rest of his career. While some will only recognize his fluke hit “Do You Know What I Mean,” Michaels’ sound ran far deeper into psychedelic pop, soul, gospel, rock and even blues.
by Hal Horowitz

Lee Michaels, a veteran of the Los Angeles and San Francisco bar-band scene in the mid-'60s, struck out on his own in 1967 after fronting bands with such illustrious alumni as Joel Scott Hill, Bob Mosley, and John Barbata. Michaels' music was characterized by his soulful vocals and equally soulful organ playing. These awesome talents would be polished on his second and third albums, but his debut, while interesting, falls a bit short. The main problem is that A&M saw Michaels as sort of a psychedelic singer/songwriter/rocker. In reality, he was sort of a California version of Steve Winwood. Carnival of Life has some excellent performances by Michaels and especially drummer Eddie Hoh. Both rock hard on the album's nine cuts, but the material is a bit dated and tends to end up in some hard-rock clichés of the period. Still, it's a promising if quirky start of what would be a fine career.
by Matthew Greenwald 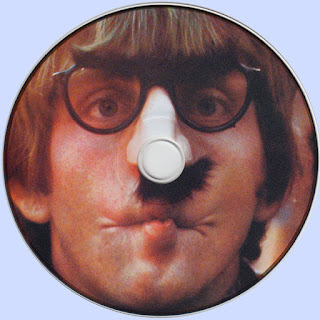