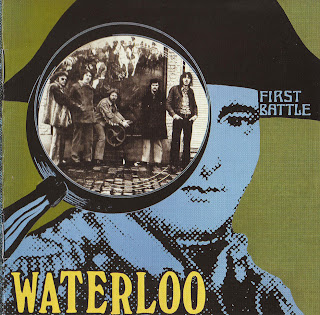 There’s an old gag particularly prevalent in Britain that goes along the lines of “I bet you can’t name five famous Belgians”. In fact this small bilingual, bicultural European country has produced more celebrities than you’d think: Gérard Mercator, designer of the universal map projection that bears his name; Adolphe Sax, who invented the saxophone; and Georges Simenon, creator of classic fictional detective Maigret, are just three. Perhaps thinner on the ground are famous Belgian musicians: poetic songwriter Jacques Brel is certainly the best known, and then there’s Jean “Toots” Thielemans who uniquely plays jazz on chromatic harmonica . . . and of course Plastic Bertrand.

Prior to 1980 or thereabouts, home-grown Belgian rock bands were certainly a select species, at least in terms of penetration outside their homeland and France. Waterloo was a fine, sturdy prog-rock outfit in the English mould of the late 1960s, coming together in ’69 with members from two just-folded Belgian pop-psych groups, releasing their sole album the following year and folding themselves about a year later after precious little commercial success. Their musical pedigree was beyond doubt; organist Marc Malyster was a conservatoire-trained keyboard player, whilst lead vocalist/flautist Dirk Bogaert had been an operatic boy soprano and drummer Jacky Mauer was steeped in jazz. With the workmanlike rock chops of guitarist Gus Roan who also doubled on flute, and bass guitarist Jean-Paul Janssens, they covered all the bases.

First Battle was recorded in England with all the lyrics in English; given this plus the band’s propensity for driving three-four rhythms and breathy flute accompaniments, it’s no surprise they frequently recall Mick Abrahams-period Jethro Tull. However Malyster’s organ work marks them out from the Brit combo, favouring a churchy drawbar setting on his Hammond and incorporating plenty of Bach-like touches in the style of his main rock influence, Keith Emerson.

The album offers nine tightly-composed, tightly-performed songs, none breaching the four-minute barrier, all with tuneful pop sensibility and lyrical hooks and featuring fine harmony vocals and terse, pithy solos. Only on the ten-minute closing opus “Diary Of An Old Man” is each player is given the chance to feature more extensively, with excellent expositions by Bogaert on simultaneous flute and scat vocal and by Roan who finally gets to really stretch out on guitar.

Pick of the other tracks are the Tullish “Why May I Not Know” which sets out the band’s stall for the following numbers; the jazzy, socially aware “Black Born Children” which thematically if not musically recalls the Nice’s “Daddy, Where Did I Come From”; and the splendid classically-harmonised riff of “Life” which also features a vocal dialogue, fruity flute obbligati and muscular bass guitar work. In all honesty there are no weak tracks anywhere on this album. The record was cut at an unidentified Soho eight-track studio under producer David McKay (who also masterminded Belgium’s other high-profile group of the day, Wallace Collection) and the sound quality, at least on the CD reissue, is exemplary, being powerful and clean with each lead instrument deftly forefronted.

Tensions within the band must have surfaced soon after the recording, because Janssens was gone by July ’70 and Malyster bailed soon after. Replacements were found but the tight, virtuosic sound of the original lineup was never emulated; the band struggled on for another year or so, cutting a couple of singles that strangely reverted to a pop-psych template. These were included as bonus cuts on the first (vinyl) reissue of First Battle by French musicians’ cooperative label Musea, now long out of print, and also appear on the excellent CD reissue by Spanish imprint Guerszen which is still available. Devotees of the Nice, Jethro Tull, Deep Purple and other early progressive rockers will find a lot to like on this collection.
by Len "The Rising Storm" 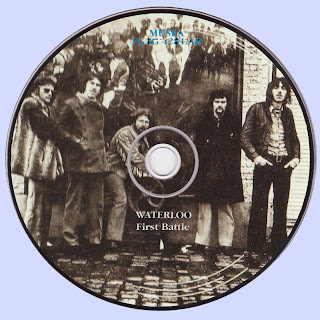