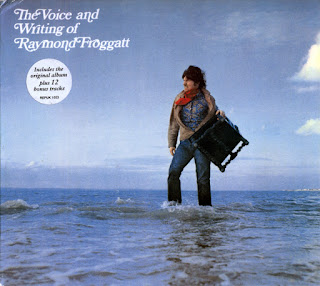 Raymond "Froggy" Froggatt was a singer/songwriter who spent much of his tumultuous career struggling to gain recognition. Born in Birmingham, England, he made his debut singing at a Dunlop factory party and received ten cents for his efforts. Froggatt was a sickly child who spent much of his youth battling tuberculosis in the Yardley Sanatorium. He left school in the 1950s to work a series of odd jobs. He had a recurrence of tuberculosis at age 18, and this time it attacked his kidneys and bladder. While isolated at yet another sanatorium, he took up poetry and decided to form a band. After advertising for musicians in the Birmingham Evening Post, he met young guitarist Hartley "H." Cain, bassist Lou Clark, and drummer Len Ablethorpe.

The band began playing the Birmingham club circuit and became regulars at the Belfry, a popular club. There Monopoly gained a devoted following, and was eventually signed by Polydor Records to a five-year contract in 1964. Froggatt's first success came with his song "Red Balloon." Unfortunately, though played on local radio stations for two months, it was badly mishandled and never appeared in stores; later the song became a hit for the Dave Clark Five, and then for Marie Laforet in France.
by Sandra Brennan

Froggatt's debut album was a bland singer/songwriter effort, mixing in parts of troubadour folk and late-'60s middle-of-the-road British pop/rock. At times, particularly on some of the more bittersweet tunes, it's a little reminiscent of the softer aspects of the early Bee Gees (check "Lonely Old World" for a dose of that). Some of the more hale pop-folk-rock cuts might vaguely bring Donovan's more mainstream work to mind, although Donovan was miles better. Occasional tracks like the traditional "Corinna Corrina" and the guitar instrumental "Sonnet by Hartley Cain" tread close to contemporary folk. But others deploy hokily dated and at times unbearably cutesy orchestration, such as "Red Balloon (Callow-La-Vita)" (covered for a British hit by the Dave Clark Five) and the oompah-horn-laden "Roly." It's a peculiar endeavor that seems unsure of whether to aim for a frivolous pop audience or a more serious folky one, but the lack of focus is less of a problem than the mediocrity of the music.
by Richie Unterberger 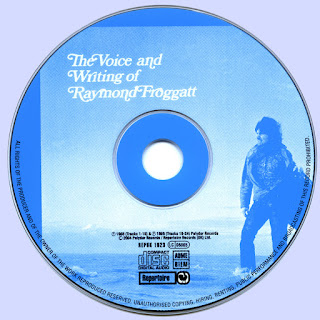