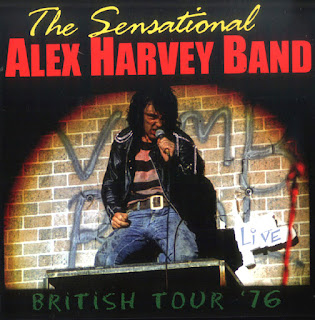 British Tour '76 is not an expanded version of the original Live album, despite the similarity in track listings, but a remarkable document of the band's next major tour, in support of the newly released SAHB Stories album. History relates that the group was on the way out now, and certainly its subsequent decline was precipitous. Here, however, Alex and the lads aren't simply firing on all cylinders -- they're enacting one of the finest shows any British stage had ever seen.

Their seething reinvention of "Amos Moses," the bicentennial gift "Boston Tea Party," and the so-compulsive "Dance to Your Daddy" are the new album's contributions to the show; elsewhere, it's business as usual, as the SAHB dig back into their earliest fare for a mighty "Isabel Goudie" and the inevitable thunder of "Faith Healer"; "Tomahawk Kid," "Vambo," and the encore hit "Delilah" are all present and deliriously correct, but the highlight has to be "Framed," with Alex in full comic Hitler mode, and delivering a routine that you simply couldn't get away with today. That doesn't stop it from being hysterically funny, though, as well as serving as a potent reminder that good taste and great rock & roll have rarely been comfortable bedfellows.
by Dave Thompson 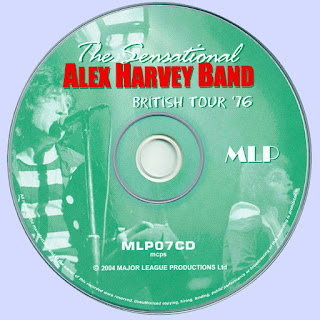 Free Text
Text Host
Posted by Marios at 7:35 AM 2 comments: