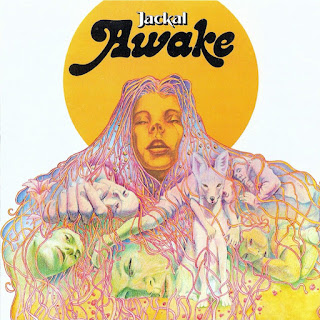 In the late 1960s, Chris and James Kellesis formed a hard progressive-psych band called Jackal in Toronto. Organist Chris Kellesis and brother James wrote the material and were joined by singer Charlie Shannon and guitarist Dave Bernard for their only LP 'Awake', released on obscure Canadian label Periwinkle in 1973 and reissued by Radioactive in 2004.  With the band rounded out by guitarists Steve Hayward and Dave Bernard, and drummer Lois Mutton, they worked with producers Dan Goldberg and Bob Stright in the spring of '73. They became one of the first acts to record for Snider's new venture, Periwinkle Records, releasing their debut album, Awake a few months later.
Canadian-Bands

Released by the small Periwinkle label, 1973's self-produced "Awake" was their sole release and showcased a set of eight extended originals.  Given the LP's high stature in collecting circles the few brief reviews I stumbled across weren't all that promising drawing broad comparisons to Deep Purple and other mid-1970s hard rock outfits (Captain Beyond, Warpig, etc.). Having low expectations may not have been all that bad since my initial impressions were of a competent and occasionally quite impressive set of hard rock with more than a little progressive influence scattered throughout.

As lead vocalist Shannon had a gruff and dry voice that you were either going to love or totally dislike.  He didn't have a great deal of range, but his raspy delivery was well suited to the band's barebones attack and I'll admit to being a converted fan.  The real finds were lead guitarist Bernard and keyboardist Kellesis.  Bernard wasn't the flashiest player you've ever heard, but he brought a spare and impressive style to the album.  Check out his lead on 'Sunny Side of the Day'.  Kellesis deserved similar praise, turning in surprisingly deft and melodic backing on tracks like 'At the Station' and 'For You'.  Certainly not the most original album you'll ever hear, but on songs like 'A New Day Has Arisen' and 'How Time Has Flown' they churned out material that was tuneful, driven and every bit as good as their better known competitors.
Bad-Cat 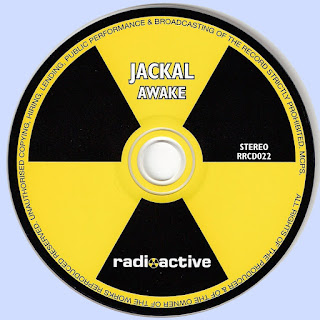 Released on tiny Etiquette Records in 1965, Merry Christmas From The Sonics, The Wailers, And The Galaxies is a legendary three-garage-band compendium from the Pacific Northwest that doesn't quite live up to its vaunted reputation. Don't get me wrong - with no less than two songs in my Top 100, Merry Christmas very, very good. But, it's not the "Christmas Nuggets" one might expect and some claim.

That said, the ferocious Sonics - one of the most crazed, revered garage bands ever - carry the day with two relentlessly hard-rocking, monumentally egocentric tracks. First and foremost, the sonics' "Don't Believe In Christmas" (loosely based on Chuck Berry's "Too Much Monkey Business") viciously dismisses the holiday simply because singer Gerry Roslie can't get sexually satisfied. And while the band's "Santa Claus" (roughly patterned after the Premiers' "Farmer John") is a somewhat less frenzied, its bald confession of material greed is equally impressive. Rosalie gleefully confesses, "I want a brand new car, a twangy guitar, a cute little honey, and lots of money," to which Santa Claus essentially replies, "Nuts!"

Up Seattle way, the Sonics were the new kids on the block. The Wailers, on the other hand, were an established band best known for the instrumental hit "Tall Cool One" (1959). Their "Christmas Spirit??" - while no match for the vitriolic Sonics tracks - is a scream. The song is so relentlessly negative in its assessment of the holiday season and so positively spot-on in its appropriation of the language and style of Bob Dylan that it must considered be a parody - which doesn't mean it isn't right. The band's "She's Coming Home," on the other hand, relatively upbeat song looking forward to the carnal pleasures of Christmas vacation.

Sounding like a less-polished, more-soulful version of the Association, the relatively easygoing Galaxies come in a distant third to their more cacophonous peers. The band's "Christmas Eve," however, is lovely. Kicking off with James Jamerson's percolating bass riff from the Temptations' "My Girl," "Christmas Eve" provides a welcome yuletide soporific after the anti-Christmas rants of the Wailers and Galaxies. Good ol' Santa Claus, the Galaxies maintain, "wouldn't want anyone to be left out" - exactly the opposite of what the Sonics declaim more forcefully elsewhere on the album.

Merry Christmas was available briefly on CD - I actually own one - but I can find no current listing for it at Amazon or anywhere else. The original LP, meanwhile, is worth hundreds of dollars on the collectors market. Happily, two of the best tracks from Merry Christmas - "Don't Believe In Christmas" and "Christmas Spirit??" (which were originally released on a split 7-inch single) - are both are included on Rhino's delightful Bummed Out Christmas (1989). Also, all three Sonics tracks from Merry Christmas were appended to the CD reissue of their amazing 1965 debut LP, Here Are The Sonics.
Hip-Xmas 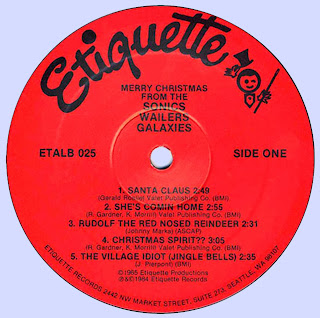 Free Text
Text Host
Posted by Marios at 2:51 AM 3 comments: