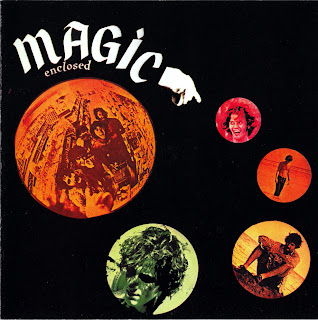 Enclosed was the title of Magic's debut album released in 1969, and this Gear Fab reissue by the same name includes the entirety of that debut, but also adds a 1968 single from the original lineup and songs from the 1971 sessions on Motown imprint Rare Earth that culminated in their second self-titled album, so it really can be considered the definitive document of the band.

On the original single, the band leaned toward rock & roll that was very much informed by black music -- one side was a cover of the Otis Redding classic "That's How Strong My Love Is," the other a Duane King original that Sam & Dave could have easily torn into; in fact, Magic, and particularly its most talented songwriter, King, displayed an almost magic knack for penning songs that sound like lost Southern soul classics.

King's lead vocals could be strikingly bluesy, and the band cooks throughout the album, moving from the loping country-rock & soul of the opening track "Keep on Movin' On" to the electric blues of "Who Am I to Say?" to the sunny country-rock of "California" to the Stax-styled ballad, "You Must Believe She's Gone." Stax is, in fact, a good reference point for the entire debut album.

The rhythm section consistently locks into a transcendent groove, and Joey Murcia's fabulous guitar work is slightly busier than Steve Cropper's but approaches the work of that legend, with a proper grit to it that is never wasted. It is surprising that Magic never quite found a wider audience.

The final track from the first album, "Sound of the Tears Is Silent," sounds as if it could have come from the pen of Smokey Robinson, and it leads perfectly into the band's subsequent stint on Motown's Rare Earth label.

Most of the songs from that period that show up on the Gear Fab reissue, however, seem to veer closer to streamlinened, hard blues-rocking territory (with a couple of country-ish cuts) and are, as a result, not quite as appealing as the previous soulful material. Still, the early Magic songs alone make this a welcome reissue, especially for lovers of Stax and Southern soul music.
by Stanton Swihart 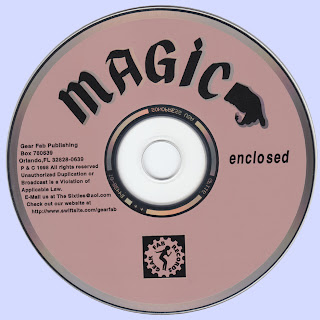