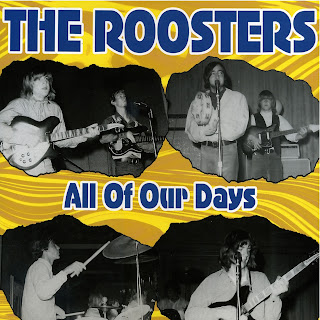 The Roosters have been known among fans and followers of the Californian mid 60s folk rock scene for a long time. Their "One Of These Days" b/w "You Gotta Run" 45 has been included on early garage compilations and is a huge favourite among collectors. Less well known is their second and at least as brilliant 45 "Rosebush" / "Ain't Gonna Cry Anymore".

Additionally there's a rare 1965 surf/mersey punk single released under the name "Five More", an early 1965 acetate put down as the Avengers and most of all, three 1966 stunning unreleased folk/garage janglers recorded at Gold Star Studio. This collection finally puts all these gems in one place and unravels the enigmas behind the band on a LP sized full glossy insert with a detailed history of the band emerging from the memoirs of guitarist and songwriter Timothy Ward and the bandOs vocalist Ray Mangigian.

This is embellished with a load of stunning never-before-seen photos. Finally here«s the legacy of an underrated, but excellent band direct from Los Angeles, the mid-Sixties epicenter of jangle  The Roosters! 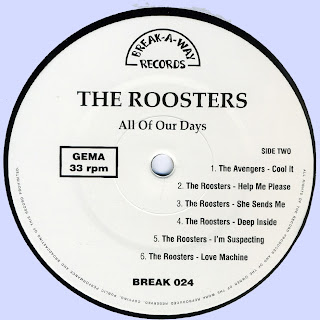 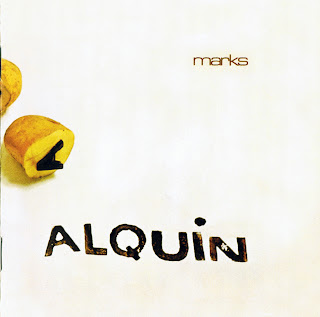 Like most young bands, Alquin proudly wore their influences on their sleeves, but unlike most of their fellow progressive rockers, the Dutch group eschewed opulent arrangements and showboat soloing. Simplicity seems to have been the byword for their 1973 debut album, Marks, recorded while the members were still attending Delft's Technical University.

This understandably led to the album being tagged as jazz-folk, but that label does injustice to the breadth of Alquin's vision and wide range of styles, with their songs encompassing everything from a conga line to disco, Dixieland to Gypsy violin. The unadorned arrangements counterintuitively make Marks sound far less adventurous than it actually is, but correspondingly far more accessible than it might otherwise have been. It's also a reflection of the set's lack of improvisation, but live the band soared into more experimental territory, as "Mr. Barnum Junior's Magnificent and Fabulous City" well illustrates, an extended piece that giddily shape-shifts through numerous genres and styles.

Contrast that number with the lilting in and out of pomp rock and jazz during "Oriental Journey," the cheery jazz-pop of "The Least You Could Do Is Send Me Some Flowers," or the moody jazz fusion of "Soft Royce"; it's like night and day. Positioning themselves between the Canterbury scene, the jazz clubs, West Coast psychedelia, and the rock greats, Alquin took the best of all worlds and threaded it into a sound uniquely their own. They had much growing to do, but this was an impressive start.
by Dave Thompson 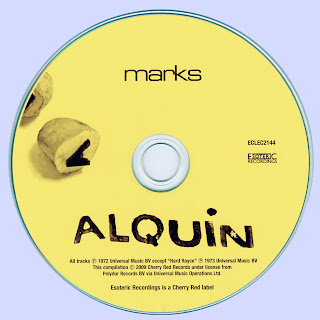 Free Text
Text Host
Posted by Marios at 5:49 AM 2 comments: