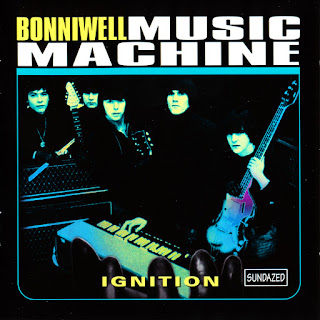 These recordings represent a contemporaneous diversity of late sixties rock.

"Everything is Everything": This is what the fool on the hill said, but a confused guru once said, "I'd give my right arm to be ambidextrous." I was that guru. Advise & Consent stands aside and stares at the enigma of romantic inertia — as derived by an agreement of separation that satisfies no part of its expectations. Not unlike the Clinton administration.

"This Should Make You Happy" refers to producer Brian Ross, and so accommodates commercial clichés of the day it spoofs what never was, bubble gum punk.

"Black Snow" was written an hour after discussing human perceptions of reality with Jose Felliciano, and is meant as a metaphor for what it's like to be blind, physically, and to God.

"Mother Nature/ Father Earth" was recorded a decade before ecology became a term known and used, and its arrangement is due primarily to the talents of then keyboardist, Holly McKinley. God help us if this song becomes an anthem for environmental extremists, we'll all wind up with plastic Christmas trees.

"Dark White" reflects the urgent revisionism of 60's morality: If it moves, fondle it. The blame for this song can be placed squarely on the shoulders of Tarzan, the ape man. This was the only book my father ever read to me. Why he chose the Edgar Rice Burroughs classic is known only to Gloria Steinman, whose next act of feminism will be to have a rib removed. It didn't matter that I couldn't understand how a boy could be raised by apes. I figured if running around in a loin cloth and beating your chest was good enough for Cheetah then it was good enough for Jane. That seemed to be the problem. My father would skip portions of the text referring to any maneuvers leading to seduction. For a long time I believed the Stork delivered Tarzan in diapers, and that he just never got around to taking them off...

Just when you think the Machine's impetuous ignition into pop R&B has run out of gas, "Smoke & Water" shifts gears, and a white man sings the blues without once using the 7th of the chords. At best it can be said of the lyrics that the author was stoned. What makes them worse than they are is that he wasn't.

"Smoke" is a rehearsal song, authored as a means to set sound levels for recording. The lead guitar is a curious mixture; Ravi Shankar practices punk twang. But Mark always played with affectionate wonder — regardless of the genre, which is all the more remarkable when, in "Point of No Return," he was called upon to reveal the source of its deepest agony.
Slam Shift

Four songs written specifically for the Music Machine before the group was named. Soon to be known as the Ragamuffins, the trio featured Ron Edgar on drums, Keith Olsen, bass, and writer, Sean Bonniwell, guitar and vocals:

Two Much: The lyrics are chauvinistically delicious, but equal to a car in the race so far behind it eems to be first.

The romantic advice in "Push Don't Pull" is prematurely politically correct as well. As a tactic to persuade full grown women, it's an exercise in futility. It doesn't work on small daughters either. I regard these three songs as born from primal 60's melodies, however, it wouldn't be amiss to assume that "Talk Me Down" points to the future with the same middle finger accused of writing "Talk Talk," and because each song has elements indispensable to its conception they should be regarded as the true birth babies of the Music Machine.

Then there's the thoughtful premonitions in "Chances": Decorated with intonations common to the folk climate of the early 60's, "Chances" approximates the panache of British ballads — ala Gerry & The Pacemakers — but the transferal of that common instrumentation to "militant folk" included a 12 string acoustic lead answered by a punk slam to the brain, an electric lead with sonic distortion that will break your toilet bowl.

All this occurs in "Point of No Return." Featured as "Ignition's" true finale, "Point" is a mixture of folk rock and punk blues, the first of its kind. That the Music Machine invented alternative rock is still open to question. The birth wail of power rock born punk — emanating from the band's garage, is not. Perhaps such a destiny is inevitable for a songwriter who began his career playing trumpet (the photo above appeared on the cover of Down Beat magazine in 1943). For one now known as the grandfather of punk by disciples of the garage, it's not likely that such a misnomer will be validated until he dies from inhaling exhaust.
by Sean Bonniwell 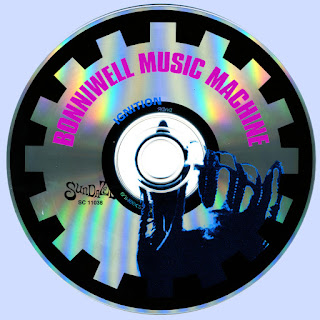