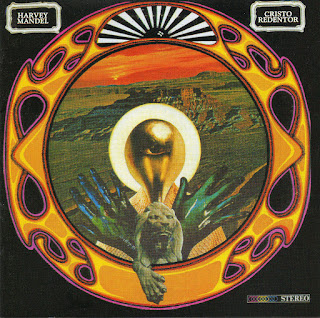 This gently psychedelic album is another of my vinyl bargain bin discoveries from the early ‘70s, which I picked up only because I knew Harvey Mandel had played with my favourites Canned Heat and John Mayall. Best known as a sideman – he later auditioned for the Rolling Stones on Mick Taylor’s departure – this was Harvey’s first solo work, dating from 1968, and an impossibly young-looking Mandel is pictured on the back artwork, a diminutive figure dwarfed by his big Gibson 355. The grooves within demonstrate not only his virtuosity on guitar, but also why his tenure with Heat and Mayall was so brief and why the Stones declined to hire him. Mayall described his technique as “Harvey’s wall of sound”, which aptly encompasses his early mastery of controlled feedback through his customised Bogan amplifier, and his later featuring of two-handed tapping, well before EVH got hold of that particular trick.

This album is completely instrumental, a rarity in pop-psych terms; the only voice to be heard is that of a wordless soprano singer on the title track. However, the stylistic diversity of the tunes and the variety of the backing tracks means that it is by no means repetitive. It was mostly recorded in LA and Nashville, using the top rhythm section sessioneers of both camps: Art Stavro and Eddie Hoh from the Wrecking Crew, stalwarts of the early Monkees sessions, and Bob Moore and Kenny Buttrey, soon to anchor Dylan’s Nashville Skykine. The LA tracks also feature tight string and brass arrangements, while the Nashville ones benefit from Pete Drake’s sympathetic pedal steel accompaniment.

The album as a whole is the best late-night-listening record I know of, beautifully laid-back funky arrangements fronted by a bewildering array of restrained guitar tricks from Mandel, dazzling but never flashy or tasteless. The titles give the idea: “Lights Out”, “Nashville 1AM”, “Before Six”. “Cristo Redentor” is Portuguese for Christ The Redeemer, and this title track is the exception to the rule of funk, being a solemn, operatic piece.

“Before Six” features some of Harvey’s most mind-boggling sustain work, the sound looping wildly between the stereo speakers, plus a mouth-watering cameo on Hammond by longtime LA collaborator Barry Goldberg and tasty brass stabs throughout. “You Can’t Tell Me” is funkier than your average Nashville session, with Harvey wringing out the best Memphis scale licks I’ve ever heard, intertwining with Pete Drake’s slippery steel chords.

The CD reissue, on the estimable Raven label from Australia, dates from 2003 and includes bonus tracks from Harvey’s Canned Heat days and from his own short-lived instrumental band, Pure Food & Drug Act. None of these quite live up to the quality of the solo album tracks, though Heat’s “Let’s Work Together” – the nearest Harvey ever got to being a pop star – has a certain boozy charm.

On this CD release the two sides of the original vinyl have been reversed, probably to make the best-known track, “Wade In The Water”, the leadoff track. The original running order works better, so if you get hold of this CD, play tracks 6-10 followed by tracks 1-5 for the most satisfying programme.
by Len Liechti 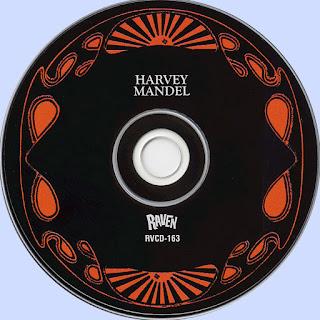 Free Text
Just Paste
Posted by Marios at 9:30 AM 2 comments: