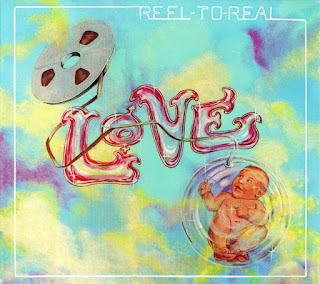 " Reel to Real" album released by Arthur Lee’s Love in 1974, originally appeared on R.S.O.and basically sank without a trace. However, listening to this, you would think it would have crashed into the charts as it fit perfectly with the groove-oriented sound of the time; this is a much different, funkier (emphasis on funk) Love than was heard previously.

Kicking off with “Time Is Like A River”, the immediate thought is a mixture of the Hi Records/Willie Mitchell sound crossed with Curtis Mayfield; “Stop The Music” feels like a tribute to Otis Redding with its horn charts and overall feel (note the guitar textures and the arrangements) and “Good Old Fashion Dream” is in the same vein, albeit more upbeat. “With A Little More Energy” is a positive, groove oriented get-down with a lot of life in it; an interesting cover of William DeVaughn’s “Be Thankful For What You Got” gets a very accurate reading and “Busted Feet” is a guitar powerhouse with a great funk-oriented rhythm.

From the bonus tracks, “Do It Yourself” has a deep funk/soul feel with some heavy duty guitars; “Somebody” is all guitars but the sound is dirty, raw and crisp and “Wonder People (I Do Wonder)”, rhythmically, calls back to “Alone Again Or” – while it’s a demo, it has a great texture and the jazziness along with the vibe makes it worthy to note. All in all, some very choice cuts for inclusion as bonus tracks.

I’m glad to see that Love is, indeed, finally, getting a lot more attention, recognition and respect long-overdue them. A vitally important band – and performer like Arthur Lee – needs to be held in the light for their amazing catalog. And let the late-period albums such as this NOT be overlooked; do your homework and pick up Love’s Reel To Real.
by Rob Ross 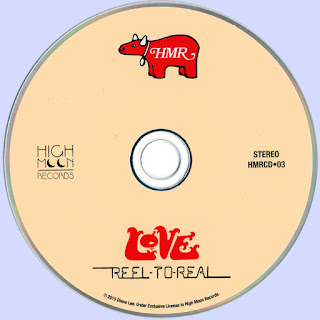