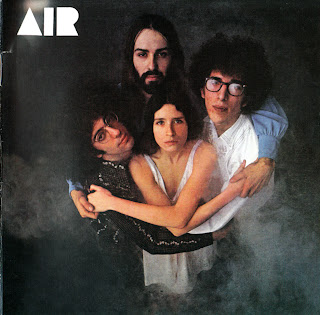 The green suburb of Great Neck Long Island, was the ideal environment to nurture a young band, in 1970 Some time that year, drummer, Mark Rosengarden invited us to rehearse in the guest house at his parents' home. Mark's dad. Bobby, a network TV bandleader, who later would play on the album, had created a great place for musicians.

The "Little House' became the scene of AIR rehearsals almost every day for a year. Googie and I would drive out from the Bronx, in the afternoons, packing playpen and baby stuff, bringing our then two-year-old daughter, Eva. Our rehearsals were customarily open-attendance for young musicians in the neighborhood. We had a few "satellite" band members. Most of the material was composed by Googie, but everyone created parts. It felt as if we were creating mini epics.

Visitors included guitarists Rick Derringer (Steely Dan. Johnny Winter), and Robbie Kogel (Todd Rundgren). Sometimes Mark's younger brother. Neal, would play flugelhorn. drums, bass, or guitar. There were candle-lit summer evening lawn parties at nearby places on the North Shore. Plenty of refreshments of all kinds were present. The band would set up on a tarp; and we'd get to test out our whole repertoire. The steady rehearsal routine ended when we became the touring band for flutist, Herbie Mann, traveling to Mexico, Scandinavia, and the Middle East.

We had changed our rehearsal space first to a loft on Second Avenue, near the Fillmore East, and then to one on Mercer Street, in Soho. We recorded some early tracks at the old Atlantic Studios on 60th Street. The engineer was Gene Paul, nephew of guitarist Les Paul.

The main tracks were recorded at Mediasound (a converted church on 57th Street, in the building where Bela Bartok once lived) with engineer, Gerry Block. We augmented the band with percussionist, Dave Johnson; trumpeter, Randy Brecker; saxophonist, Mike Brecker. and trombonist. Barry Rogers. We are most favorably compared to Soft Machine, or early Genesis. Our greatest asset has always been Googie's uniquely beautiful voice.
by Tom Coppola, April 2008 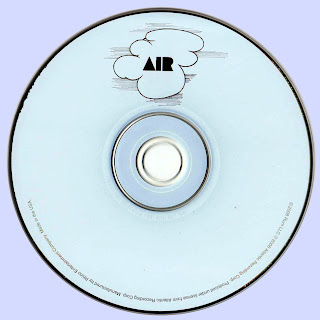 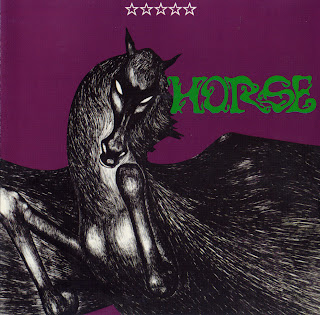 Turn on the CD ... greets us whine ... wolf ... ? ... and sound the bells ... guitar riff on the canvas of the "shouted" are the words of the song. Sometimes there is a little strange laugh. Macabre atmosphere with a very specific topic, close to work Black Widow. I do not really like this kind of subject matter, but nevertheless it is a fact that at that time a rock band quite often reached to this topic. Next songs are attractive to the typical conventions seek early hard rock.
Admittedly, sometimes the whole is a bit "archaic" ("Gypsy Queen", "Journey") to some of the songs are worth special attention: "It's great the sun", "See the people creeping round "and" Sacrifice ". Plate for a specific audience? Certainly yes, but (in my opinion) far behind "the great forgotten," such as the Andromeda group. The more that connects the two teams a few biographical facts. Menu Links Horse ~ in englishJednym of them was a record deal with RCA, which was known for its publications so. music center.