Colosseum - Those Who Are About To Die Salute You (1969 uk, impressive prog jazz blues rock, 2004 remaster and expanded) 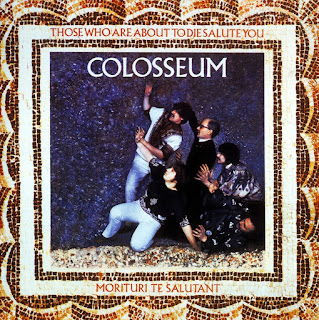 British band Colosseum fuse the progressive rock of the time with the experimentation of modern jazz. In a career that lasted a little over three years the band were one of the most popular bands on the progressive rock circuit due to their constant gigging and many sessions recorded for the BBC. They did eight sessions for Radio One within the space of twelve months.

The bands leader was drummer Jon Hiseman, who along with saxophonist Dick Heckstall-Smith, after stints with early British R&B group The Graham Bond Organization, and the short lived John Mayall's Bluesbreakers big band line-up which recorded the legendary album "Bare Wired", wanted to form a group "in which there were no drug addicts or other time wasters, no passengers". They were joined by Dave Greenslade on organ who had played with the very popular soul covers band "Geno Washington And The Ran Jam Band", and bassist Tony Reeves who had both played with Hiseman as teenagers in a couple of bands around South East London.

The debut "Those Who Are About To Die Salute You", the title taken from the gladiators of ancient Rome, was released in March 1969. The album consisted of mainly sturdy instrumentals with each musician being given the chance to take the spotlight, unlike certain other groups of the era who were basically a vehicle for one member to hog the limelight. The bonus tracks on this CD reissue are mainly BBC sessions of the album tracks.
by Derek McCann 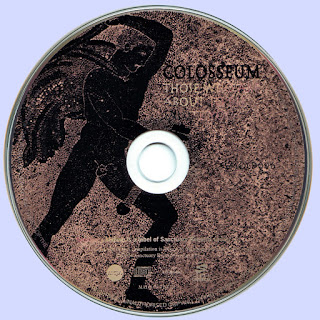