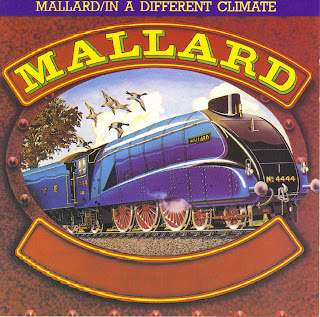 Is it a duck ? … is it a train? No, it's the Magic Band after they left Beefheart in 1974. Bill Harkleroad (aka Zoot Horn Rollo) and bassist Mark Boston (aka Rockette Morton) decided to form their own band. John French joined on vocals and drums and John Thomas, who'd been with French in Rattlesnake & Eggs, played keyboards.
Unfortunately only six demo songs were recorded with this line-up before French got the call to rejoin the Magic Band. Jethro Tull's Ian Anderson, a Magic Band fan and friend of Mark Boston, financed their first album which resulted in their signing with Virgin Records UK. The album was recorded in the UK with just Bill and Mark from the original line-up. Art Tripp (aka Ed Marimba) had agreed to play drums (only if he had money upfront), and the vocals were handled by country/lounge bar circuit singer Sam Galpin who had no idea about the history of his fellow band mates. John 'Rabbit' Bundrick was brought in on keyboards.
Denounced by Beefheart as 'a bunch of quacks' they nevertheless included a version of 'Peon' because they'd heard he was in financial difficulties. However the track is credited to DONALD van Vliet! The band went on to record another album, In A Different Climate. On this one George Draggota takes over on drums and John Thomas gets to play keyboards.
These two with Bill Harkleroad, Mark Boston and Sam Galpin were the band that toured Europe in 1976, appearing at the Reading Festival, the Roundhouse in London and on the German TV show 'Rockpalast' amongst other venues.
Poor distribution and the subsequent lack of financial success led to the band deciding not to continue. The two albums have been released on CD although it is now deleted and fairly difficult to find.
Beefheart 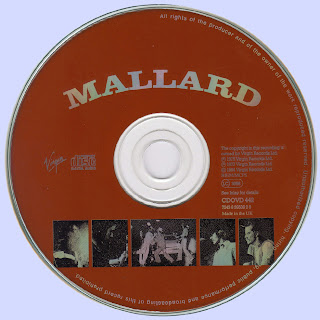