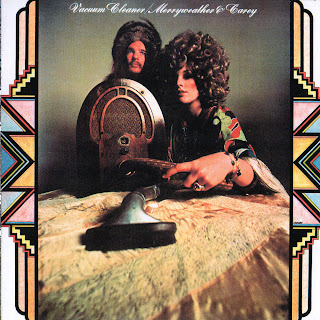 After leaving Bruce Cockburn's group, The Flying Circus in March 1968, Neil Lillie (born in Winnipeg on December 27,1945) reunited with keyboard player Ed Roth (bom in Toronto on February 16,1947) and singer Jimmy Livingstone (bom in Toronto on February 28, 1938) to form a new band. They had worked together previously in The Just Us, The Tripp and Livingstone's Tripp (which Roth and Livingston had renamed Livingstone's Journey following Lillie's departure to join Rick James briefly in the final version of The Mynah Byrds in May 1967).

Renamed Heather Merryweather after a song the band performed whose lyrics were written by a band friend, June Nelson, the group soon shortened it to simply Merryweather. After recording a lone unreleased track "Heather Merryweather" in the autumn, the band drove down to Los Angeles but Livingstone dropped out before the band signed to Capitol Records in the spring of 1968.

Merryweather performed at Thee Experience in Los Angeles on September 21-23,1969 and appeared at Balboa Stadium, San Diego with Country Joe & The Fish, Poco, Chicago and Framework on October 12,1969, after which Burt, followed by Hall and Roth, left to join forces with Rick James in a group called Salt and Pepper. ' Shortly before the release of the band's eponymous debut, produced by John Gross, Lillie changed his name to Merryweather.

The group's second (double album), "Word of Mouth" (released in September 1969) was recorded in Los Angeles with the same basic line-up of Merryweather, Roth, Hall and Burt, plus Steve Miller, Barry Goldberg, Charlie Musselwhite, Dave Mason, Howard Roberts and Bobby Notkoff. Although the album was reasonably successful, the group still fragmented, with Burt, Hall and Roth hooking up with Ricky James Matthews in a new group called Salt 'N' Pepper.

Merryweather flew back to Toronto to recruit replacements, then returned with them to record an interesting album for the important blues label, Kent in early 1970. The resulting album, credited to Merryweather, ex-Ugly Ducklings drummer Robin Boers, guitarist John Richardson from Nucleus (and before that Lords of London) and ex-49th Parallel member JJ Velker attracted only limited interest, as did a follow-up album for RCA, "Ivar Avenue Reunion", featuring the same basic group plus Goldberg, Musselwhite and Neil's new girlfriend, ex-CK Strong singer Lynn Carey.

Neil Merryweather and Lynn Carey, using a pool of musicians, recorded the "Vacuum Cleaner" LP for RCA, then came out with a more permanent unit, Mama Lion, which recorded two albums.
CD Liner-notes 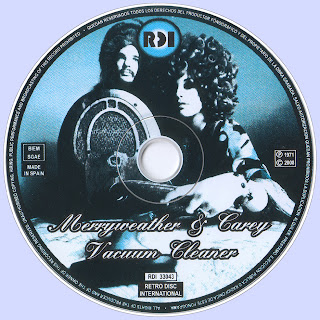