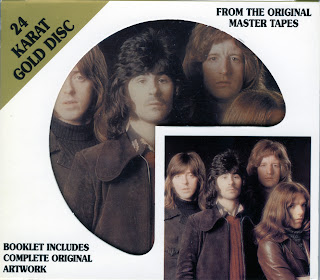 Straight Up winds up somewhat less dynamic than No Dice, largely because that record alternated its rockers, pop tunes, and ballads. Here, everything is at a similar level, as the ballads are made grander and the rockers have their melodic side emphasized. Consequently, the record sounds more unified than No Dice, which had a bit of a split personality.

Todd Rundgren's warm, detailed production makes each songwriter sound as if he was on the same page, although the bonus tracks -- revealing the abandoned original Geoff Emerick productions -- prove that the distinctive voices on No Dice were still present. Frankly, the increased production is for the best, since Badfinger sounds best when there's as much craft in the production as there is in the writing. Here, there's absolutely no filler and everybody is in top form.

Pete Ham's "Baby Blue" is textbook power-pop -- irresistibly catchy fuzz riffs and sighing melodies -- and with its Harrison-esque slide guitars, "Day After Day" is so gorgeous it practically aches. "Perfection" is an unheralded gem, while "Name of the Game" and "Take It All" are note-perfect pop ballads. Tom Evans isn't as prolific here, but the one-two punch of "Money" and "Flying" is the closest Straight Up gets to Abbey Road, and "It's Over" is a fine closer.

Still, what holds the record together is Joey Molland's emergence as a songwriter. His work on No Dice is enjoyable, but here, he comes into his own with a set of well-constructed songs. This fine songwriting, combined with sharp performances and exquisite studio craft, make Straight Up one of the cornerstones of power-pop, a record that proved that it was possible to make classic guitar-pop after its golden era had passed.
by Stephen Thomas Erlewine 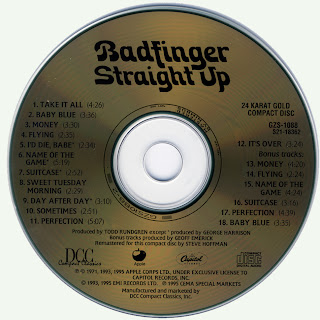