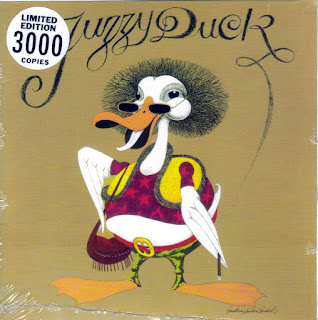 Their name taken from the popular linguistic inversion of the time (Fuzzy Duck - Duzz ’E Fuck?), this early 70s UK progressive rock quartet featured Paul Francis (drums), Mick Hawksworth (bass), Roy Sharland (organ) and Garth Watt-Roy (guitar/vocals). Prior to the band’s formation Hawksworth had played with Andromeda and Five Day Week Straw People, while Sharland had been a member of Spice and worked with Arthur Brown. Watt-Roy had been a member of Greatest Show On Earth.

Fuzzy Duck recorded one self-titled album for Mam Records and two singles, ‘Double Time Woman’ and ‘Big Brass Band’, for the same label. The album, which was musically if not lyrically impressive, was originally issued in a scarce edition of 500 back in 1971. This album is classic keyboard-driven British progressive rock in the vein of Soft Machine and Caravan.
by Dean McFarlane 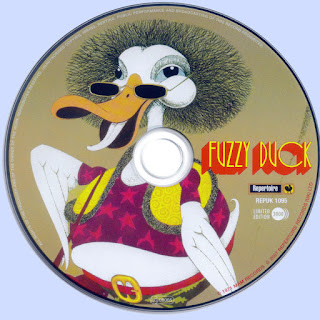 Free Text
the Free Text
Posted by Marios at 7:29 PM 3 comments: Links to this post