The Graham Bond Organisation - The Sound Of '65 / There's A Bond Between Us (1965 uk, fantastic mod , jazz, rhythm 'n' beat, with Ginger Baker and young Jack Bruce) 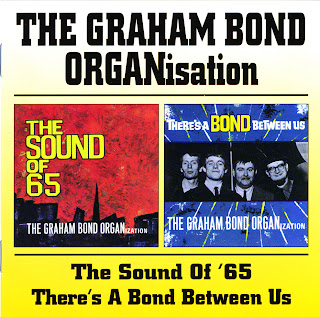 This two-LPs-on-one-CD package is essential listening for anyone who is seriously interested in either British blues, the Rolling Stones' early sound, or the history of popular music, in England or America, during the late '50s and early '60s.

In England during the years 1957-1962, jazz and blues used to intermix freely, especially among younger blues enthusiasts and more open-minded jazzmen -- by 1963, most of the former had gone off to form bands like the Rolling Stones, the Yardbirds, the Pretty Things, etc., with guitars a the forefront of their sound, while the latter (most notably British blues godfather Alexis Korner) kept some jazz elements in their work.

The Graham Bond Organization (along with Zoot Money's Big Roll Band and other, similar outfits) represented the jazzier side of the British blues boom, less charismatic and sexually provocative than blues-rock bands like the Stones or the Yardbirds, but no less potent a product of the same inspiration, sax and organ being much more prominent in their sound. Indeed, Bond's playing on the organ as represented on this CD is the distant antecedent to Keith Emerson's more ambitious keyboard excursions of 3-4 years later, without the incessant copping of classical riffs.

The playing and singing (by Graham Bond and a young Jack Bruce) are curiously soulful, and when Ginger Baker takes a solo on "Oh Baby," it's a beautiful, powerful, even lyrical experience (as drum solos go), and one of those bold, transcendant, virtuoso moments, akin to Brian Jones' harmonica solo on the Stones' version of "Hi Heel Sneakers." The band was more exciting on stage, as the evidence of their one surviving early live performance indicates, but they were worth hearing on record as well.

In a universe that was fair and idealized, this CD and the two albums contained on it would rank right up there in sales with anything (including the Bluesbreakers with Eric Clapton album) that John Mayall ever released, and Bond also proves himself a more fervent and exciting figure here than Mayall ever seemed on his records.
by Bruce Eder 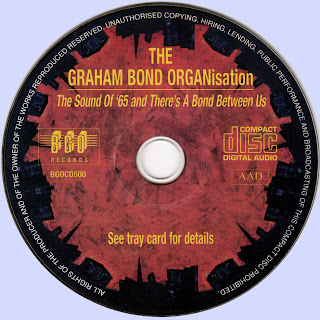 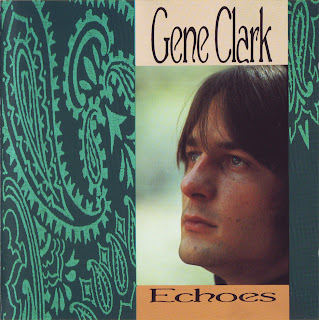 This is the album that, rather unfortunately for Gene, was released the very same day as The Byrds 'Younger Than Yesterday'. The release by his former group of course received all the attention and Gene's debut struggled for both airplay and sales. Both Chris Hillman and Michael Clarke of The Byrds contribute here though, and future Byrd Clarence White helps out on guitar.

And! We have the sheer wondrous splendour of the orchestrated 'Echoes' to open. Immediately, it sounds nothing like The Byrds. It's clearly written by the same pen as the likes of 'Set You Free This Time' however, and is certainly up there with Gene's finest ever compositions. We have poetic lyrics to rival Dylan at his best and the orchestration really does something here. In contrast, 'Think Im Gonna Feel Better' is jaunty, short and simple. Jaunty? Well, its happy! The Gosdin Brothers add harmonies and it's a fine song.

The guitar sound is 'chugging' rather than the Jangle of The Byrds, but everything is well played and performed. 'Tried So Hard' is a sheer delight, and ensures a strong album opening. Country picking and such a happy melody mixed in with Gene's poetic imagery. 'Is Yours Is Mine' is the one song here that that most evokes memories of The Byrds. The harmonies are mighty fine and provide the main enticing highpoints of the song. Fantastic psychedelic moments mixed in too, though! Ah, 'Keep On Pushin' is perhaps a little too simplistic but the song that follows is mighty fine and matches any of the opening three.

'So You Say You Lost Your Baby' is full of echo and reverb, and strings as well! Its a strange combination, but it works. Impressive drumming on 'Elevator Operator', 'The Same One' foreshadows Genes future work by being a dense intricate ballad yet with wonderful melodic guitar fragments. Neither of the final two songs are essential, but both are still pleasant enough, if still straying the wrong side of the line marked 'simple'. They retain the sound of the rest of the album however and fit in happily enough, if nothing else.
by Andrian Denning 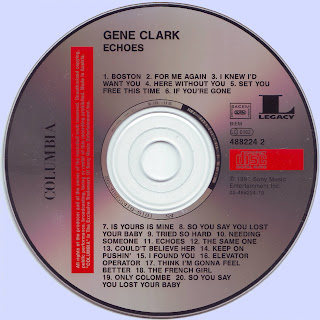