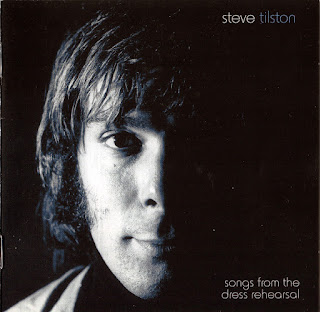 Songs from the Dress Rehearsal is beautiful album that has been sought by lovers of good music and performance for almost three decades. It is part of a very welcome and indeed essential service by Market Square Music where they are re-issuing, sometimes with bonus tracks, albums that defined one era but have potential to define ours as well.
Steve Tilston is a wonderful writer, performer and guitarist. His work is widely respected but some of his early work had become impossible to find. This CD gives old and new listeners a chance to acquire 11 tracks from 1976 plus six others that were recorded in 1979 but not released.
The album is generally a nice quiet laidback set of tracks. Each is honed to perfection and performed with a passion. Each of the songs comes with background notes and lyrics in the accompanying booklet.
The opening track, "Do What You Please," sets the tone of the album. It is a heartfelt song of loss that is found to be worse in the anticipation than in the actuality. We have all been there, I suppose, and that is the great strength of Tilston's work -- it hits us in our experiences. "Impressions" is another such tale. Who has ever been in a relationship where you both know the future is non-existent but find it hard to end?
Tilston's song "Make Time for Love" could be a worthwhile philosophy of life. In many ways the same could be said for "Sing for Salvation."
Many can relive their youth to the music and lyrics of "Fairground Rock 'n' Roll." You may have called it fairground, carnival or funfair, but the effect was the same. Fun and games, gangs of youths, loud music and flashing lights were the mecca of the teenagers of every town, big or small. Listen carefully and enter that mental time machine.
A favourite track for me is "Mr Dreamer." It is a lovely, country-sounding piece written for a friend having some problems.
This is a fantastic album that is still fresh today, even if it was originally around when many of us were in our teens. It is a great reminder of the quality that existed and sets us wondering about other gems of our youth that we would love to reprise. Whether you recall the 1970s or not, you will enjoy this collection of top-class tracks.
by Nicky Rossiter, 26 March 2005
Since this album was originally released almost thirty years ago on the Cornucopia label, Steve Tilston has consistently proved himself an admirable talent with an impressive body of work. No stranger to the music business, he’d begun in the 60s and I’d been aware of his name since ‘An Acoustic Confusion’ in 1971 – he was one of those jobbing singer/songwriters like Mike Absalom and Cliff Aungier whom you’d find playing ‘Samantha’s’ in Scarborough or supporting Amazing Blondel rather than in your local Folk Club, and as he’s said “you had to be a comedian or a traditional performer to get in and get on.” Truly inventive, skilled guitarists combining striking and distinctive vocals were somewhat at a disadvantage back then in er, ‘some’ Clubs it might be recalled.
Remastered and bolstered by 5 bonus demo tracks from 1979 for a proposed LP for Stefan Grossman’s Kicking Mule label, here again is the recording that would signpost the accomplished writing to follow, making Tilston’s a name synonymous with the values of lyrical insights and strong tunes. No songs here still figure in set lists today, but Steve obviously retains an immense affection for the recording, stating “apart from the odd chord or two I wouldn’t change a bit of it.”
I’d endorse that. In fact all the tracks remain valid; - sleek, packed with deft touches, and no embarrassment of lost loves and self-pity that can often haunt those who revisit a back catalogue of songs about relationships, life and a ‘where’s it all leading?’ ethic. ‘Do What You Please’ is a wonderful resigned farewell, whilst I for one will be shouting out requests for the Eddie Cochran–flavoured ‘Fairground Rock ‘n’ Roll’ at upcoming gigs.
The tray notes are illuminating and coloured by Steve’s erudite, wry commentary, enhance this package with its complement of 70s contact prints and half-shadow cover art.
Warm, adroit musicianship with a heart full of soul, that really can stand comparison with the best of Steve Tilston’s work.
by Clive Pownceby 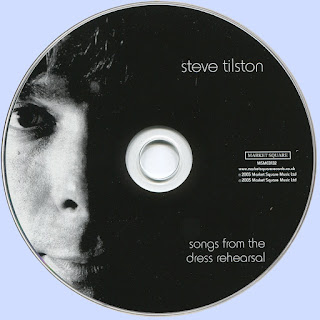