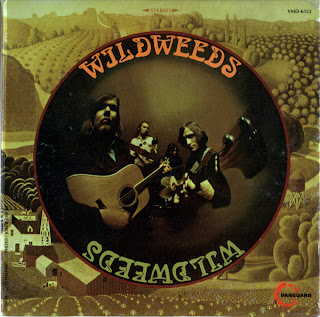 It's the stuff of pop music legend: in the late 60s, a young band with a scorching style and a regional number-one song drifted into obscurity. Meanwhile the band's frontman, then-teenage Al Anderson, went on to a highly visible career that includes a decades-long stint with the hugely popular band NRBQ. Anderson moved on to become one of the most sought after songwriters in Nashville, and he's still going strong after 40 years of musical adventures.

This is the tale of The Wildweeds, a band that by all accounts was always slightly out of step with prevailing musical fashions. In retrospect, the band seemed to exist to set the stage for Al Anderson's future. But, as this new collection from Confidential Recordings, "No Good To Cry: The Best of The Wildweeds," reveals and affirms, the music that the group produced stands on its merits as an important contribution to the pop lexicon.

The influences which made the band seem in the minority musically are today acknowledged as masters of soul. True the Beatles and the Stones popularized and emulated crossover rock and roll artists like Chuck Berry. But The Wildweeds worshipped the likes of Ray Charles, The Impressions and Billy Stewart. Perhaps The Weeds were ahead of their time. Listening to "No Good To Cry: The Best of The Wildweeds," a compilation of the band's singles and unreleased material, shows just how fresh that take is today.

By the late 50s/early 60s, rock and roll had moved out of the south, and was not strictly the domain of the big cities any more, so this group of Windsor, CT boys was able to follow their musical ideals with impunity.

The Hartford area had a strong music scene. The young players typically shifted in and out of various combos. Bands with names like The Blues Messengers, The Altones, The Six Packs and The Futuras shaped them. The Weeds finally gelled in late 1966. Shortly thereafter, the name was expanded to The Wildweeds.

While the band was still in its early stages, Andy Lepak's father, Alex Lepak Sr., a professional musician and teacher, started managing them. He provided a stabilizing influence, paying them a salary and instilling in them strong ideals about their music.

Wildweeds' sole album (they were no longer called "the" Wildweeds by the time it came out) was cut with assistance from top Nashville session men Charlie McCoy, Weldon Myrick, and David Briggs. This Akarma  reissue adds three non-LP tracks from 1971 singles.
Wildweeds 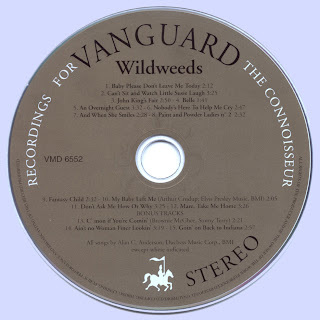 Free Text
Text Host
Posted by Marios at 10:45 AM 8 comments: