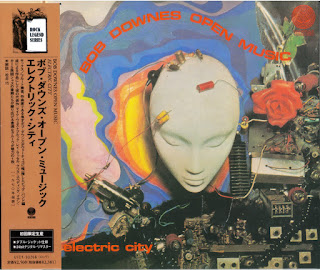 Bob Downes is a talented multi-instrumentalist and composer and this album was one of his incursions into the world of jazz-rock, although he was equally at home playing in a free jazz context with his acoustic Open Music trio. Originally released on Polygram's Vertigo label, Electric City boasts the cream of British jazz musicians including Ian Carr, Kenny Wheeler, Harry Beckett, Chris Spedding, Ray Russell, Daryl Runswick and Harry Miller.

Songs such as the opening "No Time Like The Present" might have invited speculation that Polygram perceived Downes' eclectic music as something of a Trojan horse into the lucrative rock market—indeed, it was also released as Downes' only 45 rpm single (backed with "Keep Off The Grass")—but this material's jazz element confounds any accusations of selling out. "Gonna Take A Journey," for example, begins as a free blowing session, culminating in a heavy jazz-rock jam underpinned by assorted guitars and drum,s and an ensemble riff over top.

Whilst the vocal tracks—half the album features singing—may not be to everyone's taste, Downes nevertheless manages to impart a feeling of fervent, almost naïve honesty and a considerable amount of tenderness, as in the ballad "In Your Eyes."

The ensemble arrangements are excellent and the solos—mainly taken by Downes and the guitarists (particularly Spedding and Russell)—are positively gripping. Downes is a virtuoso flautist, as evidenced by tracks like the bluesy "Keep Off The Grass," but he also demonstrates some fiery free-blowing saxophone work on numbers like "Crush Hour." Resplendent with cover art reminiscent of Zappa's Burnt Weeny Sandwich (Ryko, 1970), this is an essential piece of psychedelic jazz history.
by Roger Farbey 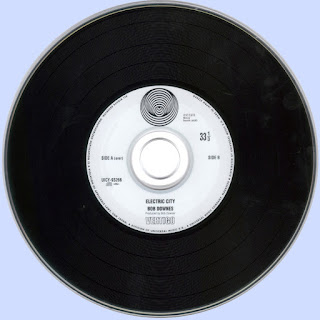 Free Text
the Free Text
Posted by Marios at 6:37 AM 5 comments: