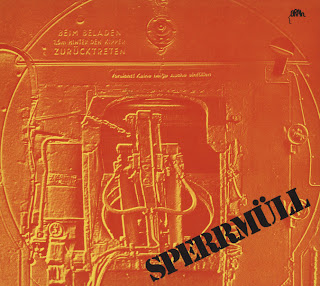 Sperrmüll is a German rock band founded in Aachen in the early 70s.
In 1971, Harald Kaiser and Reinhold Breuer decided to form a trio. His name sperrmüll. Then one day, Helmut Krieg arrives with his guitar and arrangements and the group is started. From that time, the group became a quartet with the involvement of Peter Schneider to play keyboards. The group's name is somewhat obscure because "Sperrmüll" is a German expression that means garbage in bulk.

They recorded one album for the label Brain in a very limited edition in 1972, in a manner also quite anonymous Dieter Dierks studio in Stommeln produced by a Chazadu surely a pseudonym.A test similar to the very successful early Deep Purple in Nosferatu and even Rufus Zuphall, This album has long been a precious rarity vinyl

Sperrmüll offers a burly album called simply "Sperrmüll" songs are in English and not overloaded instrumentally speaking, but the group actually plenty to offer. Mainly Heavy Rock, but with many additions musiqu progressive, guitar as well as the organ.
The original LP consists of 6 songs, then later be digitally added two songs ("You Have To Leave" and "To Be Satisfied").The set is however complex and dynamic improvisations in between some vagueness (many Hammond organs and guitars Heavy catchy) arrangements and folk epic flute.

The opening track is a pop folk entitled "Me And My Girlfriend" controlled first by mandolin and piano, lead, little by little, through the organ and synthesizer to an end much more Heavy Blues. "No Freak Out", Prog majestically, is the song of the group's most famous because it is found on most long compilations of Krautrock for several years. A good choice because it is a good mix of psychedelic ingredients in a style close to Pink Floyd combined with a monotonous rhythm. "Rising Up" is a bit more spacy sometimes reminiscent of Deep Purple, Eloy or even Grobschnitt.

The Hard Rock "Right Now", an epic nine minutes begins some unusual way, because only bursts of guitar and drums hell are dueling for a moment. After several minutes, the song turns into a calmer perfectly structured piece with a jazzy piano and a powerful bass, and finally ending in Hard Rock again. Perhaps the best part, because of these innovations varied.

The last two tracks "Land Of The Rocking Sun" and "Pat Casey" are not really important, because they are typically Rock songs, while the second has a more pronounced rhythm style Boogie Woogie.
by Adamus67 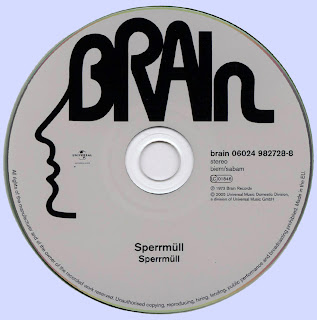