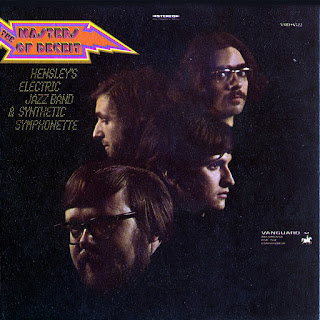 Masters of Deceit were an Indianapolis band that had its only release, “Hensley’s Electric Jazz Band & Synthetic Symphonette” on the highbrow east coast major label Vanguard Records.

Led by keyboardist Tom Hensley, who also handled most of the vocals, the band also included Steve Blum on guitar, Gary Campbell, bass and vocals, and Stan Gage on drums.  I believe the record was recorded in NYC.

The Masters of Deceit LP is relatively obscure today.  Original LP copies can be found for less than $50 but are not common.

Musically, Masters of Deceit occupy an end of 60’s/beginning of 70’s transitional niche, drawing from psychedelia, jazz-rock and progressive rock.   If you’re a fan of such genres, you’ll likely find a lot to like here.
Indiana-Vinyl 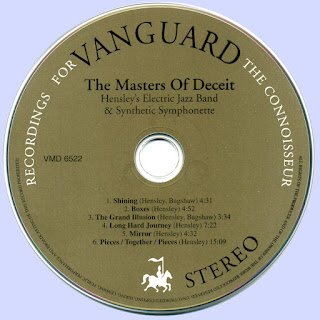